MANHATTAN — Power was fully restored to thousands of customers early Sunday after a massive power outage plunged a swath of Manhattan’s West Side into darkness Saturday evening, eerily happening on the 42nd anniversary of the infamous 1977 blackout that darkened most of the city.

No injuries were reported but the outage left thousands trapped in subways and building elevators. Meanwhile in the streets, some New Yorkers stepped up to help direct traffic at busy intersections where the traffic lights had gone out.

Con Edison has isolated the issue to a system failure on the West Side, but does not believe the grid was overloaded because of overuse from the hot weather. Governor Andrew Cuomo urged New Yorkers to stay out of the affected areas on the West Side, as not all service will have been restored to street lights, and traffic remained heavy.

The governor called the blackout “unacceptable” and insisted a system ensuring redundancy to prevent such a cascade of failures needs to be implemented, speaking Saturday evening while standing next to Con Ed CEO John McAvoy.

McAvoy said  a “significant disturbance” on the West Side interrupted power to six networks. The city is carved into individual networks (essentially electricity neighborhoods) that deliver energy. The agency isolated the equipment that may have been the cause.  Now that restoration is complete, the investigation will focus on the cause, Con Ed said.

The initial outage happened at 6:47 p.m., and affected ultimately 73,000 customers, McAvoy said. But a great many more people were left in the dark, as a “customer” often represents far more than one person.

Five of the six power networks that went down have been restored by 10:30 p.m., Con Edison said, with the final one coming on well before Con Edison’s self-imposed deadline of midnight.

Power first returned to parts of Times Square and Hell’s Kitchen around 10 p.m. PIX11’s Magee Hickey was live on the air when power returned to a part of Times Square, surprising her and people who had been in the dark just moments earlier. She was standing, appropriately enough, outside the Hotel Edison, on West 47th Street.

Magee Hickey reacts to the return of power to a part of Times Square shortly after 10 p.m. Saturday evening. (PIX11 News)

The political fallout from the failure came quickly Saturday evening.

“I am directing the Department of Public Service to investigate and identify the exact cause of the outages to help prevent an incident of this magnitude from happening again,”  said the governor in a statement, adding at a news conference late Saturday that the system needs to have redundancy so that a failure of such magnitude and in such a vital place does not happen again. He called the failure “unacceptable.”

Mayor Bill de Blasio, who was campaigning for president in Iowa, said it appears the outage was the result of a mechanical problem in the electrical grid. He was returning to New York.

“This appears to be something that just went wrong in the way that they transmit power from one part of the city to another,” he told CNN. “It sounds like it is addressable in a reasonable amount of time.” 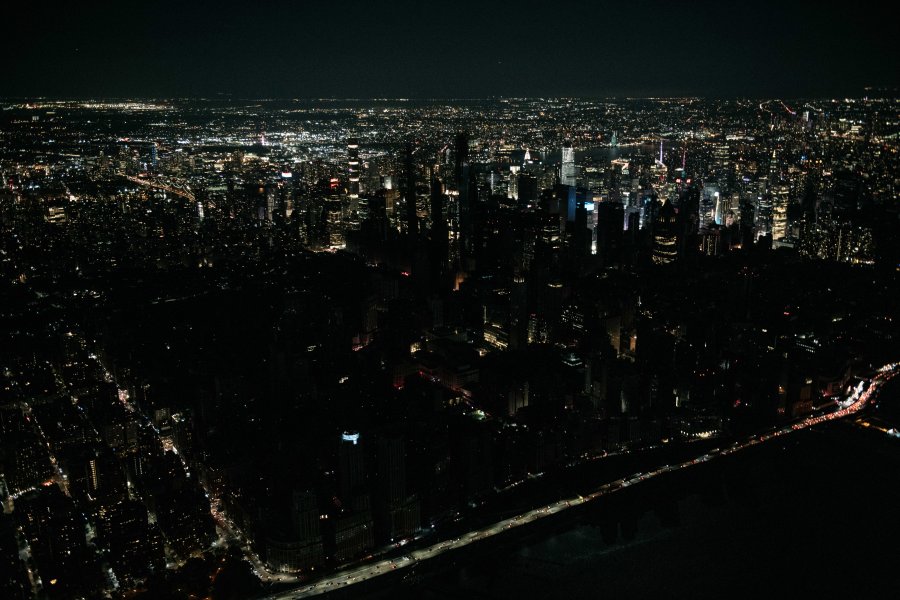 The outage appeared to run from Times Square and Hell’s Kitchen to Columbus Circle and the Upper West Side. That said, the outage unquestionably had a wider footprint,  given an outage at Madison Square Garden, which is on the West Side in the lower 30s.

Power went out at The Garden just before 9:30 p.m., in the middle of a sold-out Jennifer Lopez concert.

Many Broadway theaters cancelled shows earlier in the evening.

Con Ed  had advised people in the affected areas switch off or unplug electrical appliances to avoid potential damage to the appliances when power is restored.

Reports of the outage were quickly posted on social media, including photos of the subway stations in the dark and people stranded in stifling elevators.

The power outage comes on the 42nd anniversary of the 1977 citywide blackout that went for 25 hours and left millions in the dark, leading to a spree of looting and violence.

Here’s more photos from the power outage in Midtown. This is 59 St/Columbus Circle. Any comment from @NYCTSubway yet? pic.twitter.com/TdjzPASXcV