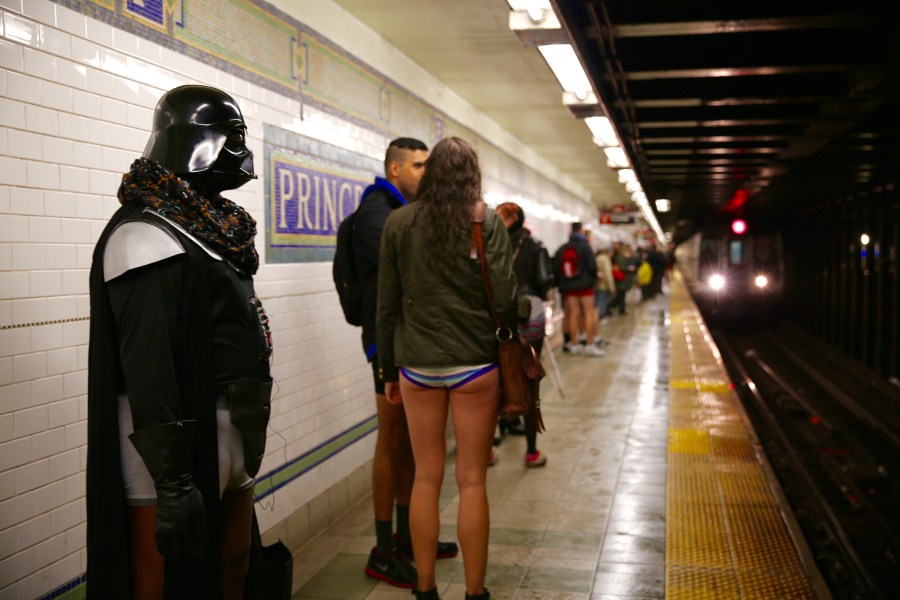 Hundreds of straphangers took their pants off for the yearly prank, hosted by Improv Everywhere. Though it was raining, the slightly warmer weather brought out more participants this year.

People gathered at the seven meeting points throughout the five boroughs at 3 p.m. and were divided into groups to make sure there was at least one pantless rider in each subway car.

Subway lines, including the “R,” “N” and No. 4 trains, were taken over by people with no pants.

And riders stayed in character throughout the event, doing all their regular activities on the subway — just with no pants.

All participants met up at Union Square around 5 p.m. and had a pantless celebration. For those who weren’t done celebrating, they went to the afterparty at Webster Hall.

Dozens of other cities, including Boston and London, also partook in the No Pants Subway Ride.