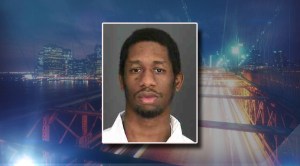 PORT CHESTER, N.Y. (PIX11) — Three years after the brutal murder of Anthony Guglielmo in 2011, a suspect has finally been indicted on Thursday.

McGhee pleaded not guilty Thursday to charges of second-degree murder, first-degree burglary and fourth-degree criminal possession of a weapon.

Guglielmo, 54, was stabbed to death in his home on Sept. 9 2011. According to LoHud, Jahkim McGhee, 20, initially denied any involvement in the crime.

However, he later admitted climbing Guglielmo’s window to steal money while under the influence of drugs and alcohol. He also admitted to “accidentally” stabbing Guglielmo while he slept.

A fingerprint found on a side window matched that of McGhee’s, and led investigators to interview him while he was being held on a grand larceny charge upstate.

In that interview, McGhee admitted he snuck out early that morning, bought cocaine in Columbus Park, snorted the drug and drank cognac and rum, and then headed home.

However, he says he thought about needing more money when he passed Guglielmo’s house and decided to break in. McGhee claimed he grabbed a kitchen knife “just in case.”

“… I walk (sic) into the bedroom and I accidentally stabbed Tony in his heart,” McGhee wrote. “He didn’t die right away. He woke up kicking and screaming and I got scared and ran home.”

At the time, cops said Nicole Guglielmo was a suspect, according to reports. Her lawyer says she suffered with that accusation for thee years: she reportedly faced cyberbullying, and had to change schools because people accused her of being a murderer.

McGhee faces up to 25 years in prison for the murder charge and is expected back in court Nov. 6.

NY, NJ weather forecast: Cool with a chance of scattered …