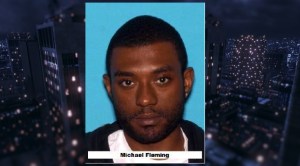 PATERSON, N.J. (PIX11) – A West Milford High School teacher was arrested Tuesday for smoking marijuana with one of his teen students.

Fleming’s arrest followed an investigation that dates back to February, when the teacher was caught smoking marijuana with the 17-year-old student. Freid tells PIX11 it was not on school grounds, but it was the school who learned of the relationship and alerted police.

Fleming’s bail has been set at $25,000. His charges have a maximum five years in New Jersey state prison.

(NEXSTAR) – The producers of “Jeopardy!” have apologized for using an “outdated and insensitive term” to describe a medical condition after a number of viewers voiced their complaints about a clue included on Monday’s episode.

The clue concerned postural orthostatic tachycardia syndrome, or POTS, a condition of the nervous system that affects the blood flow of patients.

Beginning Wednesday, New Yorkers ages 12 and older can now sign up for appointments and get vaccinated in the comfort of their homes at no cost.

They headed to Mohawk Avenue in Deer Park after a resident reported an 8-foot snake in his driveway.

Tracking the Tropics: Hurricane hacks you should know before storms come your way

Jared Bell, of ‘Drake and Josh,’ pleads guilty to charges of crimes against a child

COVID in NY: State of Emergency to end after over 15 months, Cuomo says

Breakdancing competitions making post-pandemic comeback with Red Bull BC One

WHO: No urgent need to vaccinate children against COVID-19 right now

R. Kelly jailed in NYC as he awaits sex-trafficking trial