FREEHOLD, N.J.  — Prosecutors say the man accused of killing a 19-year-old woman during a robbery told a friend that he strangled her with such force that he lifted her off the ground and watched for 30 minutes as she died in her home.

The details emerged Tuesday during a hearing where a judge ruled that 19-year-old Liam McAtasney will remain jailed until his trial.

Prosecutors told the judge that the Neptune City man watched the clock as Sarah Stern was dying. They say he gave the description of the killing to a friend, who secretly videotaped their meeting.

Authorities say McAtasney recruited Preston Taylor, 19, to help him dump her body over a bridge. The body has not been found. 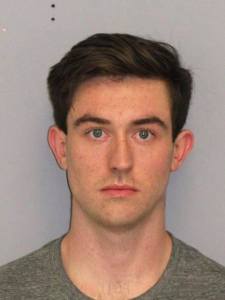 The men were both longtime friends of Stern’s and Taylor was her junior prom date.

Officers began searching for Stern when her unoccupied silver Oldsmobile was found on the shoulder of Route 35 Bridge in Belmar. The keys were still in the ignition.

Police checked her Neptune City home, too. It was unlocked and no one was inside.

Divers searched Shark River for days, but no body was found.

On the dangers of high school football

New Jersey Mexican Day Parade and Festival to be …