PEQUANNOCK TOWNSHIP, N.J. –– A flower shop owner and former police dispatcher has been arrested for allegedly stealing flowers and plants from graves at a New Jersey cemetery, police said Friday.

For months, police in Pequannock Township received reports of items being stolen from the First Reformed Church Cemetery in Pompton Plains, which is directly across the street from police headquarters.

Detectives set up a surveillance camera to catch the thief and replaced two missing plants in front of a structure holding cremated remains with the hope of luring the culprit in.

The cameras were installed on April 21. Two days later, the cemetery property manager called police. The plants were gone.

Investigators reviewed still images from the surveillance camera and watched as a woman drove up to the ash columbarium in a silver minivan, exited the vehicle and snatched the plants, police said.

They were going to share the images with the general public to see if anyone recognized the suspect. But they wanted to set up a better camera to see if they could capture more high-quality images first.

So they visited Riverdale Police, to borrow their camera. When they showed their colleagues from the next town what they had, officers there recognized the suspect instantly.

“They knew who it was right away,” said Pequannock Police Captain Christopher Depuyt.

Lynda S. Wingate, 59, of Riverdale used to be a Riverdale Police dispatcher.

Pequannock Police called her down to the station where detectives interviewed her. Wingate claimed that she was simply tidying up around tombstones of people whom she knew, said police.

Wingate is due to make her first municipal court appearance on May 8th. If found guilty, she could face a fine or community service. Jail time is possible, but unlikely, said police. 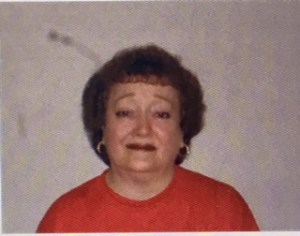 Property taxes to go down for half of NJ