ALLENTOWN, Pa. — A New Jersey man is accused of killing seven people, some of whom died during a wild robbery and murder spree over the weekend in Pennsylvania, according to officials. 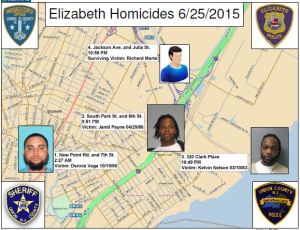 West allegedly shot four people in Elizabeth, killing three, over the course of two days starting June 25th.  Around 2:30 a.m. that morning, frantic 911 calls came in reporting gunshots and a man lying in the street.  Responding officers found 28-year-old Dennis Vega’s bullet-riddled body at the intersection of New Point Road and Seventh Street.  He was pronounced dead shortly after.

That evening the violence resumed just before 10 p.m., officers rushed to the intersection of Sixth Street and South Park Street where they found West’s second alleged victim, 29-year-old Jamil Payne.  About an hour later, dispatch once again sent officers to a shooting — this time in front of 320 Clark Place.  Officers found Kevin Nelson, 32, dead from multiple gunshot wounds. 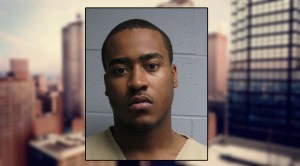 Detectives linked all four shootings to the same .38 caliber revolver, and, after interviewing witnesses, determined that a white, 2013 Buick LaCrosse was at or near each scene at the time of the shootings.

While investigating the spate of killings, officers also found evidence allegedly linking West to the murder of his cousin, 29-year-old Michael Thompkins, who was found shot to death May 18th.  Thompkins’ body was discovered in the second-floor hallway of his Parker Road apartment building in Elizabeth.  He had also been shot multiple times.

West, along with two other men, were also charged in an apparent random shooting rampage in two eastern Pennsylvania cities last weekend and were ordered held without bail. 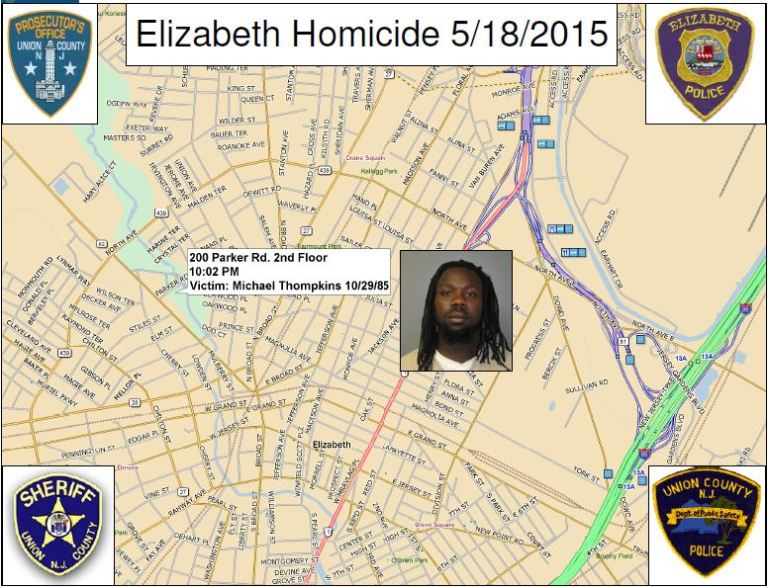 West is also accused of murdering his own cousin, Michael Thompkins, whose body was found in May.  (Union County Prosecutor’s Office)

They are charged in the shooting death Sunday of 22-year-old Kory Ketrow in Easton and attempted homicide in shots fired at a car shortly after the slaying. A magistrate told the defendants that they could face life in prison or the death penalty if convicted.

The three are also charged with homicide and conspiracy in the shooting deaths of 32-year-old Francine Ramos and 21-year-old Trevor Gray later Sunday in Allentown.

West is being held on $5.5 million bail; no court date has been set.