A 43-foot-long Sei whale was found washed up near the North Surf Road beach in Toms River Wednesday morning.

The whale’s body was in such a deteriorated state, officials could not identify it right away. It was initially reported to be a humpback whale. 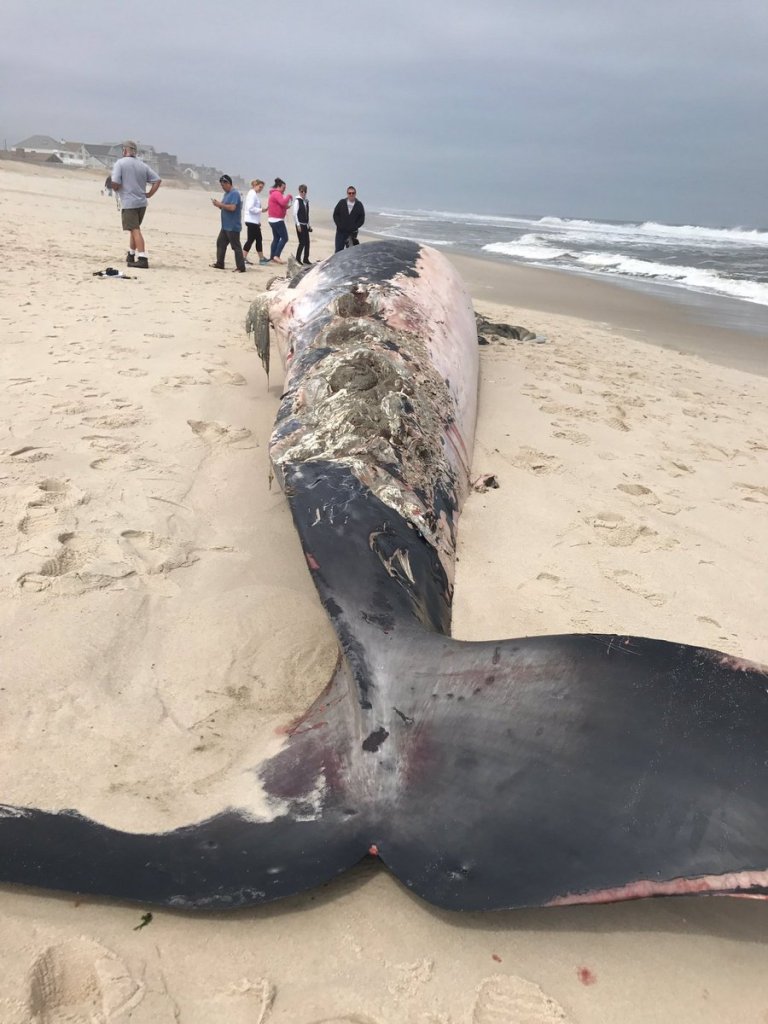 Warning: These photos are graphic and may be disturbing to some. Viewer discretion is advised.

Officials do not know what caused this whale’s death. There is speculation that the whale may have been struck by a ship.

The World Wildlife Foundation says the Sei whale is one of the fastest whales, reaching up to 30 mph.

The whale was initially spotted Tuesday night by the Marine Mammal Standing Center. By the time the whale reached shore, it was in a “deteriorated state” from being gnawed at by sharks and rough seas overnight.

The National Oceanic and Atmospheric Administration Marine Fisheries declared it an “unusual mortality event,” which is called when higher-than-normal numbers of marine mammals die for unknown reasons. An agency spokeswoman says details will be provided Thursday.

There have been 41 humpback whale deaths from 2016 to present day, the NOAA reports.

Just a week before, a young humpback whale washed up in shallow water in the Delaware Bay. This would be the fourth whale stranded in Delaware waters in the last year.

At the beginning of April a 25-foot-long humpback whale was found on the beach in the Rockaways. Witnesses told PIX11 that the mammal had numerous wounds and lacerations across its body and was bleeding from the mouth.

The NOAA urges boaters to be on the lookout for humpback whales as they move close to shore for feeding. People interested in viewing whales are required to stay at least 100 feet away from them.

NY, NJ weather forecast: Cool with a chance of scattered …