NEW JERSEY — There’s nothing ordinary about the Thomas family. In fact they are extraordinary.  And they are in the fight of their lives, while using the power of positivity to see them through.

New Jersey Native Kennith Thomas — a.k.a Kenny Clutch — a husband, dancer, and father of four has always relied on his fancy foot work and the power of faith to guide him.

In July of 2016, Kenny’s wife became pregnant with her fourth child, Kristian.

“We took a test where there was a 76 percent chance that Kristian would be trisomy 21, which is Down Syndrome,” Thomas said. “I was just happy at the fact that [Kristian] was just here. I knew he was going to change people’s lives off the bat and he already changed ours the second he came out.”

Soon after Kristian’s birth, doctors discovered that the baby had a rare blood disorder sometimes associated with Down Syndrome. His doctors always kept a close eye on him because Kristian had low platelet counts which are known to cause Leukemia development.

In the summer of 2018, Thomas family’s worst fear came true. Their faith would be put to the ultimate test when Kristian was diagnosed with Leukemia.

In an effort to add some hope into their family crisis, Kenny—a longtime dancer and owner of a popular dance studio in New Jersey — started dancing for Kristian.

Kenneth said, “He likes soul music, he likes hip hop of course. He goes to sleep listening to Baby Mozart.”

He then started documenting their journey on social media to share the message of love with one goal in mind… making his son smile. 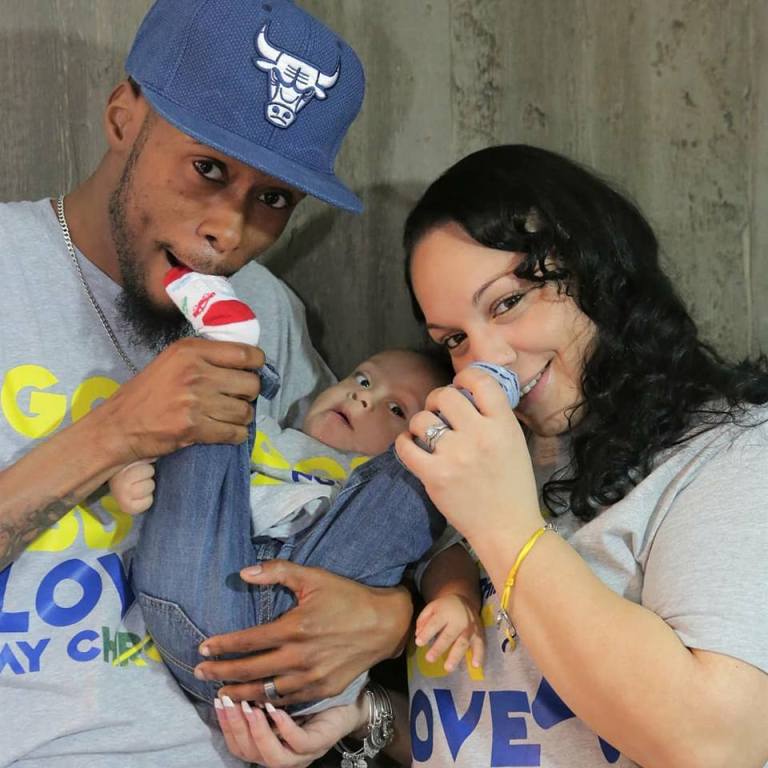 “I’ve been doing these videos and people have been loving them since the first one that I did. I figure why not kill two birds with one stone, and not be the dad that’s grieving and complaining about his son being in the hospital and his family being in the hospital all day. Why don’t I change things up a little bit and lets show people how to be positive in this situation,” Thomas said.

Kenny’s message to keep fighting quickly started getting attention and from some very big names, including musical artist Ciara and the queen of Rhythm Nation herself, Janet Jackson.

Kristian’s battle with Leukemia will take him through November where he is scheduled to finish five rounds of chemotherapy.

“We want his life to be whatever it is that he wants it to really be. I’m just here to try and give him a little spark and a little boost in moving forward,” Thomas said.

To find out more about #FightKristian or to donate, go to theleveldance.com

During an evening of food, fun and fundraising in New York City, Kennith Thomas and his wife Josilyn were front and center, spreading the message behind his power of positivity while helping to raise money and awareness for Down Syndrome research.

This has become a passion project for the New Jersey father of four, whose youngest son Kristian was born with Down Syndrome.

Helping the cause is the LumindRDS foundation.  Lumind currently funds research projects focused on preventing Alzheimer’s onset in people with Down Syndrome and improving quality of life by targeting health and developmental challenges.

Lumind’s vision is to create a world in which people with Down Syndrome are fully included in academic and social environments; one where they can live independently as adults.

Kenny’s new collaboration with Lumind is all about Turning hope into change, for a future full of health and medical breakthroughs. And possibly a revolution in the making for people living with Down Syndrome.