The wrecking ball slammed into the building located at 175 Greenwich St. about 8:35 p.m. The building is still under construction and is slated to open early 2018.

There are no reported injuries, NYC Officer of Emergency Management said.

OEM officials initially called it as a wrecking ball, but sources are describing it as a block that was part of a crane at the construction site. 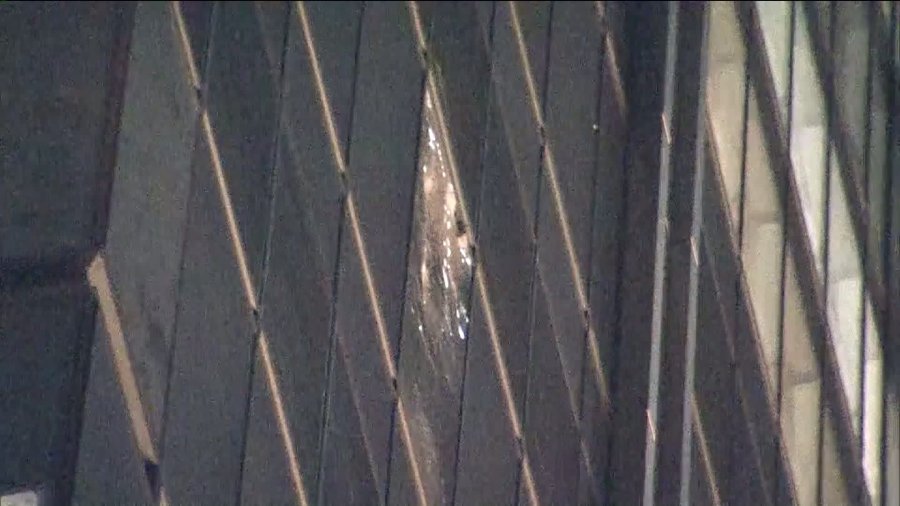 The block hit a tempered glass window which is not in danger of falling, according to a source at the scene. The crane is being double checked for safety measures.

The FDNY said workers were securing the crane to prepare for the bad weather when a ball, attached to hook at the crane, hit the window.

The skyscraper stands at the center of the new World Trade Center. It is 80 stories high and 1,079 feet tall.

“In keeping with safety procedures when a storm is forecast, this evening a crane was pulling in its unloaded line and hook when a gust of wind pushed the small weighted ball attached to the crane’s line into the glass curtain wall in the base of 3 World Trade Center. Although a glass panel was cracked, nothing fell or is in danger of falling. Further, there were no injuries and the incident was completely contained within the site perimeter. Safety inspectors and authorities are on site and looking into the incident. The panel will be replaced.”