MANHATTAN —  A man allegedly went on a machete-swinging rampage in Bryant Park Tuesday morning, slashing a woman who had just left a yoga class in the park in a startling burst of violence  on the great lawn.

Officers received a 911 call of an assault about 11:30 a.m. near 42nd Street and Bryant Park, an NYPD spokeswoman said. When they arrived, they found a 31-year-old woman with a slash wound to her right arm.

Members of the park’s private security team followed the suspected slasher, armed with folding chairs as protection, while members of the NYPD eventually caught up with the attacker at the park’s south entrance off 40th Street, officials said.

The victim was conscious and alert and taken by EMS to Bellevue Hospital where she was listed in stable condition, police said. 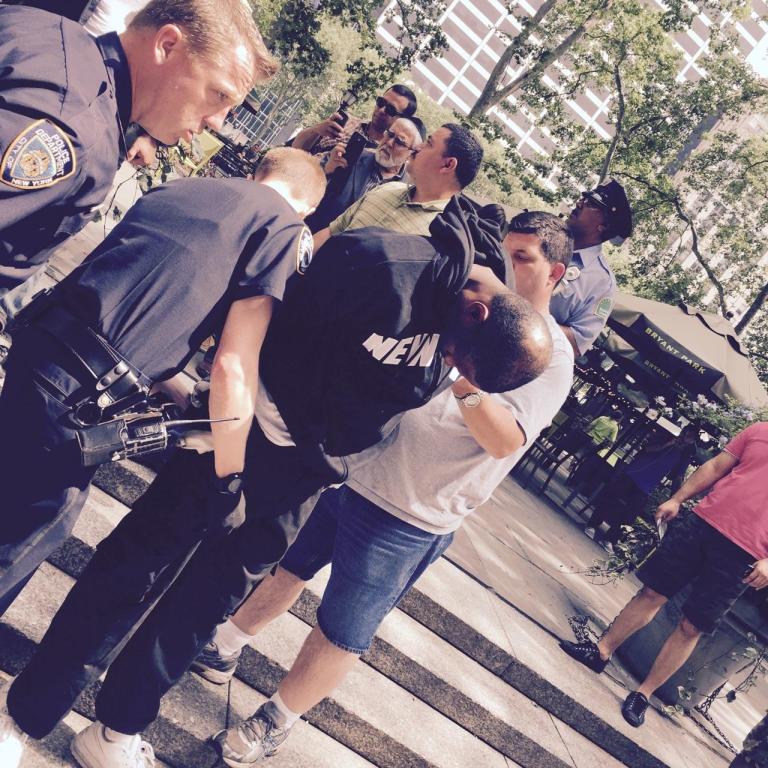 Muhaimen Ahmed, of Queens, ran to the scene after he heard cries for help and saw the culprit after he had already been taken down.

“There was people with guns, you know, holding someone to the ground and our first thought was, ‘What is going on?'”Ahmed recalled.

An hour after the random attack, Kyle Newberry described the incident as “just another day in the city.”

Newberry and Ahmed both provided similar examples as to the length of the machete. They called it “big,” “gray” and “rusty” with an edge that looked like it was hand-sharpened.

Police took Frederick Young, 43, into custody at the scene and the weapon allegedly used in the attack was found nearby. He faces assault charges. 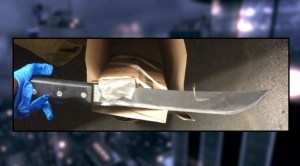 Police recovered this machete June 23,2 015, near Bryant Park where a man allegedly slashed a random stranger with the blade. (Photo: NYPD)

The attack came just a few days into summer, a busy season for the iconic greenspace in Midtown. Bryant Park’s lawn is home to movies every Monday night and during the day it is a popular destination to grab a bite under much-coveted shade.  However, what is even more concerning about the attack and takedown, is that it happened just yards from the carousel.

For Ahmed, the incident was more big screen than real life.

“It was kind of unreal,” he said. “At first I thought, ‘Well, they must be shooting some kind of video here or something.'”