CHELSEA — Police found a woman dead in the doorway of a Chelsea apartment Sunday morning, but they’re not calling it a homicide.

A 911 call was placed at 223 W 16th St. around 8:32 a.m., authorities said. Officers found the woman, identified as 38-year-old Dr. Kiersten Cerveny of Manhasset, in the apartment building’s vestibule.

Ceverny’s body was found sprawled by the front door of the fifth-floor walk-up with bruises around her neck, police told PIX11.

“She was tall, and her head was hitting the door, and her legs were sprawled,” witness Teal Camner said.

“I saw them working on her in the ambulance to resuscitate her,” neighbor Nadia Hoyaken said. “I thought maybe [she had a] problem drinking.”

EMS transported her to Lenox Hill Hospital Annex, where she was pronounced dead. 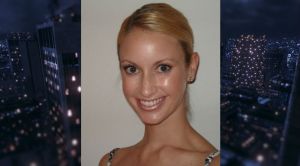 She leaves behind three children, ages 1 to 7, a source close to the family told PIX11.

Police are hoping that nearby surveillance cameras captured images of the assailant, and many are wondering why this married mother of three from Manhasset was in the Chelsea apartment building early Sunday.

The Medical Examiner has not yet determined the cause of death.

NJ woman gives back to shelter that helped her family

Nike says Irving is no longer one of its athletes

Doctor speaks on tridemic; COVID, RSV, and the flu

New Jersey woman gives back to shelter that helped …

Moose on the Loose: Jacob deGrom

Man and son, 7, hit by BB pellets in Staten Island …

NJ woman gives back to shelter that helped her family

Nike says Irving is no longer one of its athletes

Claw machine has eggs filled with cash, other prizes

Best gifts for every grandpa