MIDTOWN, Manhattan — At least six people were injured and several buildings had to be evacuated after several manhole explosions in midtown Wednesday morning.

It happened just before 10 a.m. on East 32nd Street between Madison and Fifth avenues.

Heavy smoke was seen coming out of several manholes.

Firefighters realized the air quality in the area was toxic, with high levels of carbon monoxide forcing them to evacuate several buildings, including a school. 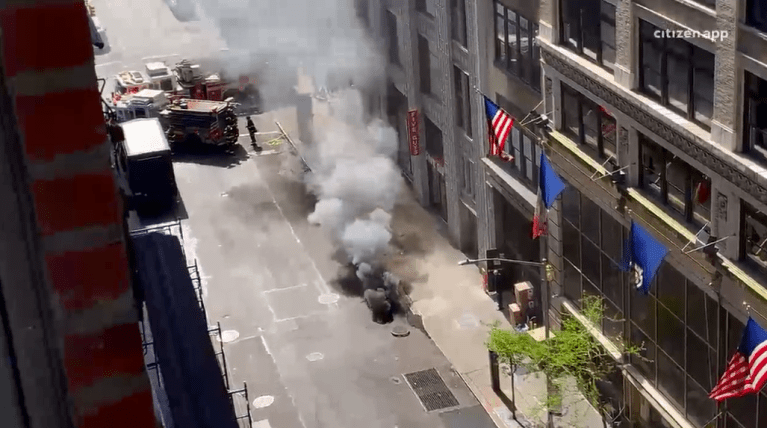