GREENWICH VILLAGE, Manhattan – A serial burglar targeting homes in Greenwich Village has made off with nearly $100,000 in cash and jewelry and police are now asking for the public’s help to find him.

Investigators have linked the man to at least six such heists in the affluent neighborhood, including one at Sergey Porotosky’s home.

It was Easter Sunday and in the midst of Passover on April 2 when Porotosky said his home on West 11th Street was burglarized.

As Porotosky was sleeping upstairs, police said the man, who was caught on surveillance cameras, managed to get away with about $50,000 worth of jewelry from his daughter’s downstairs bedroom of this family home. 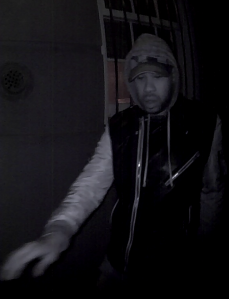 Porotsky said the alarm to the home was not set. He said he’s “not very surprised but we have to be vigilant.”

Betsy Randolph and Judy Cohen, longtime residents of Greenwich Village, said nothing really surprises them, but the recent rash of crime has them on alert.

The culprit is described as being 30 years old, about 5 feet 8 inches to 5 feet 10 inches tall and 180 pounds. He was last seen wearing a black hooded sweatshirt and black baseball hat. He has a tattoo on the back of his right hand with the letters “RIP” and another indistinguishable word.