The death of the 45-year-old has been ruled a homicide by the Medical Examiner’s office, but drugs and underlying health conditions were contributing factors in his death.

According to a release from the office, Singleton’s death was caused by “physical restrain by police during excited delirium due to acute phencyclidine intoxication.” Phencyclidine is the drug known as “PCP” or “angel dust.”

“Ron was a good guy, he would never act out,” his cousin Ed Robinson said in a July interview with PIX11’s Nicole Johnson. “We are a law-abiding family, we need the system to work for us.”

The release also states that “hypertensive and atherosclerotic cardiovascular disease and obesity” were also determined to have contributed to Singleton’s death. 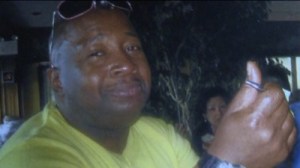 Singleton was described as “acting overly irate and irrational, cursing and screaming and causing alarm,” while in the back of a yellow NYC taxi cab.

An earlier police report states that the driver of the yellow cab approached an NYPD officer on foot patrol at the corner of East 51st Street and 5th Avenue.

The report goes on to say that when Singleton “exited the taxi, he became combative with the officer, trying to fight with him.” Singleton was described as emotionally disturbed and was placed in an ambulance by EMS.

Singleton was never placed under arrest.

As the ambulance was headed towards Bellevue Hospital, Singleton went into cardiac arrest, according to the release.

“We will continue to cooperate with the Manhattan District Attorney’s office, which will be the lead investigative entity in this case,” the NYPD said in a statement Friday.

Officer, 16-year-old suspect both shot by same bullet in the Bronx: NYPD