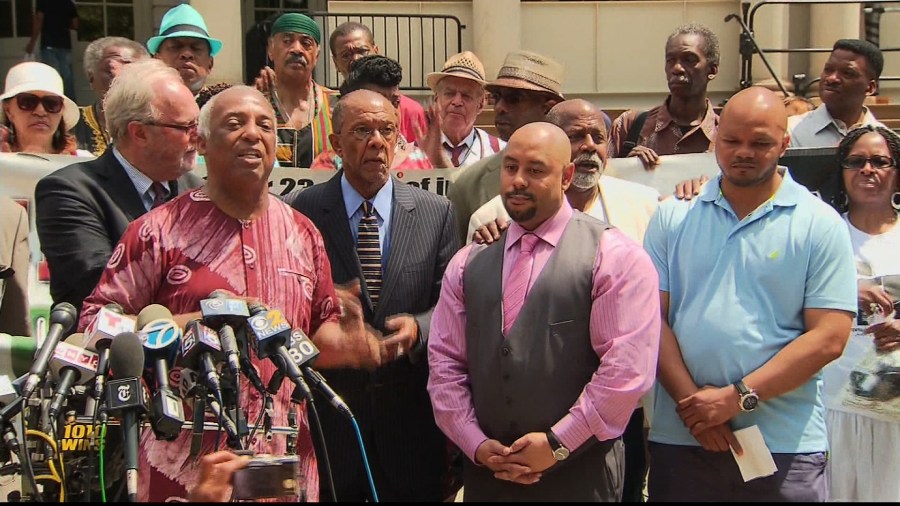 Three of the five men wrongly convicted in the horrific beating and rape of a white female jogger in Central Park in 1989 said Friday that a $40 million settlement with New York City cannot begin to replace all they lost.

The sensational case polarized the city along racial lines and became emblematic of a state of rampant crime. Five minority teenagers, who became known as the Central Park Five, were coerced amid public uproar into making incriminating statements and convicted in 1990.

“This settlement is an act of justice for those five men that is long overdue,” de Blasio said in the statement. “We can finally put this case behind us, and these five men and their families can begin to heal these wounds and move forward.”

The agreement between the city law department and the five men — who served between seven and 13 years in prison — averaged about $1 million per year of incarceration, was reached in June.

The approval of Judge Deborah Batts of the U.S. District Court in Manhattan, where the men filed their civil rights lawsuit, was the final step for the settlement to take effect.

On April 19, 1989, a 28-year-old Wall Street investment banker jogging through Central Park was raped, viciously beaten and left for dead. She would have no memory of the attack.

That same night, a group of black and Latino boys had been in the park, throwing rocks at cars and assaulting people in a practice the media and law enforcement at the time called “wilding.”

An investigation led to the arrest of five teens who were accused of rampaging through the park in a “wolf pack” and preying on innocent victims. They were charged and convicted.

The victim, Trisha Meili, kept her identity hidden for 14 years until the publication of her book, “I Am the Central Park Jogger.”

Three of the convicted young men had finished their prison terms, one was on parole and the fifth was in jail on an unrelated offense when Matias Reyes, a serial rapist and murderer in 2002 confessed to the crime and said he had acted alone.

DNA analysis later determined that Reyes did rape the jogger and that hair evidence used in the boys’ trials did not match.

Robert M. Morgenthau, the Manhattan district attorney at the time, ordered a new investigation and, on his recommendation, a judge vacated the convictions.

“To the extent that the evidence suggests that these five young men were wrongfully convicted and sentenced to substantial prison terms for a crime they did not commit, that in and of itself constitutes an injustice in need of redress,” Corporation Counsel Zachary Carter said in a statement Friday.

But Carter said the settlement “should not be construed as an acknowledgment that the convictions … were the result of law enforcement misconduct.”

“On the contrary, our review of the record suggests that both the investigating detectives and the Assistant District Attorneys involved in the case acted reasonably, given the circumstances with which they were confronted,” he said. “In the end, however, that is an issue that would ultimately be determined by a jury at trial, absent a settlement of this litigation. We have determined that a resolution of this matter is in the best interests of the City.”

NYC subway crimes on the rise

NY-3: the battle for Queens and Nassau County