LOWER EAST SIDE — Hundreds of New York City’s tight-knit skateboarding community gathered under the Manhattan Bridge to remember Harold Hunter, perhaps the most famous skateboarder in New York City, who was also an actor who starred in the 1995 movie “Kids.”

He was a Lower East Side legend who died of an overdose in 2006. 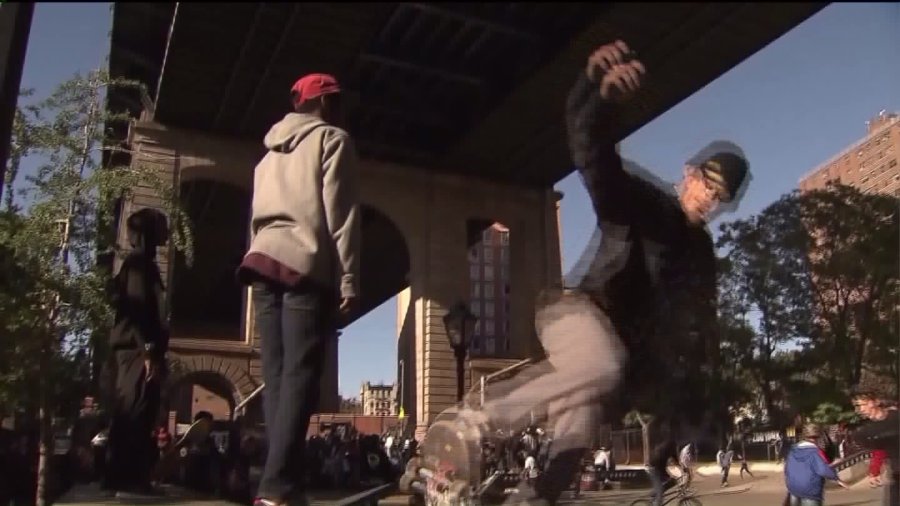 “He was so charismatic, a legend,” Jefferson Pang, a professional skateboarder, told PIX11. “He was the most famous skateboarder from New York City.”

The gathering was sponsored by the Harold Hunter Foundation, which brings together members of the skateboarding community for scholarship and mentoring opportunities.

“He was my brother and he was great,” Ronald Hunter told PIX11. “He would have loved this Harold Hunter IX Day.”

There is a move to name the skate park under the Manhattan Bridge the Harold Hunter Skate Park.

2 cops in car accident while on pursuit: NYPD

2 cops in car accident while on pursuit: NYPD