TUNKHANNOCK TOWNSHIP, Penn. — More than 30 fraternity members have been charged in the death of a Baruch College student during a alleged hazing incident.

Michael Deng, 19, died in December, 2013 after injuring his head during a trip with his fraternity, Pi Delta Psi, to Tunkhannock Township in Pennsylvania.

The incident happened in the yard of a house the fraternity rented where they conducted a hazing ritual known as the “glass ceiling.” During the ritual, pledges were blindfolded, weighed down with backpacks full of sand, and tackled. Deng was knocked over during the ritual, losing consciousness. 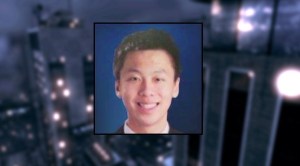 Michael Deng, 19, died during a hazing ritual in 2013 while on a trip with Pi Delta Psi, a fraternity at Baruch College.

More than 20 members of the fraternity were in the home at the time of the incident. Investigators say the fraternity brothers waited hours before calling for help. Deng later died from his injuries. An autopsy found Deng was subjected to repeated blunt force trauma to several parts of his body and had significant brain injuries.

“Baruch Colony has violated the values and rules of our organization, including our strict no hazing policy. As such, they shall no longer be recognized as having any association with Pi Delta Psi. Additionally, we will also revoke the individual memberships of any member found involved in this incident,” the statement read in part.

A statement was also released on behalf of the family:

“Today, the parents of Michael Deng applaud the actions by the police, grand jury and Monroe County District Attorneys to bring criminal charges against the Pi Delta Psi Fraternity and its members for the tragic, entirely preventable hazing death of Michael.  Too many families have been devastated as a result of fraternity hazing, with at least one student dying every year from hazing since 1970.  Fraternities and their members must be held accountable, and this step by authorities is an important one.  Michael was a wonderful, beloved young man, and, in his honor, the family will also continue pursuing its wrongful death case against the fraternity to cause it and other fraternities to change so that other parents will be spared the loss of a precious child.”