MANHATTAN — The Grand Hyatt New York, towering beside Grand Central Terminal, will be torn down and a new building will rise.

It was first reported in the Wall Street Journal on Thursday.

It will be demolished to make way for offices, retail and a luxury version of the hotel that would solidify “that neighborhood’s pre-eminence as a business district,” according to Deputy Mayor for Housing and Economic Development Alicia Glen.

Donald Trump and the Hyatt Corporation partnered to buy the hotel in 1976, decades before he became president of the United States. Hyatt purchased his share in the hotel in 1996.

The building still bears marks of Trump’s ownership, including a facade of mirrored glass and stainless steel.

The Grand Hyatt now has 1,298 rooms and has iconic features including a bar that was built over the sidewalk on East 42nd Street. It was originally called The Commodore and it opened in 1919.

Curbed, citing a release from the developer, says the complex will total about 2 million square feet, larger than the behemoth One Vanderbilt skyscraper now going up on the other side of Grand Central, and is the latest plan to emerge from rezoning in the neighborhood to encourage office development. 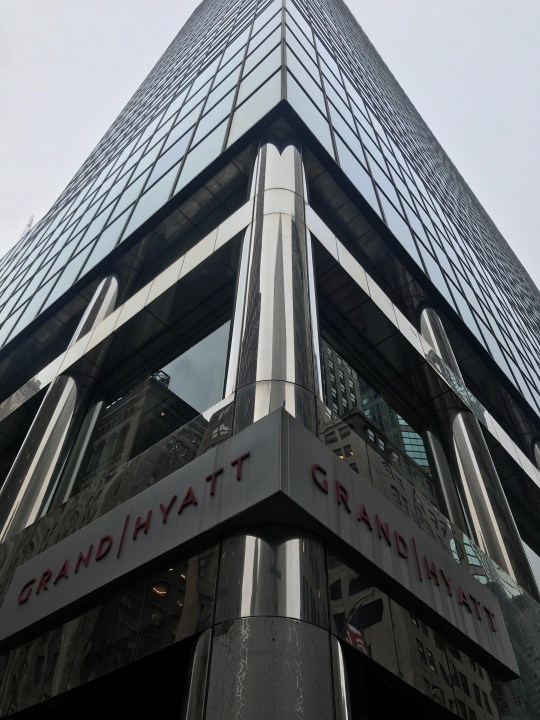 A news release says “the development team looks forward to working closely with the MTA to begin a comprehensive planning effort that will ensure that the final design will maximize benefits to their NYCT and Metro-North customers, and ultimately, Long Island Rail Road riders once the East Side Access Project is completed.”

Jeremy Shell, from TF Cornerstone, is quoted in the news release as saying: “This extraordinary project builds on TF Cornerstone’s proud history of mixed-use development in New York City. We look forward to the opportunity to bring a new icon to New York’s skyline and help advance the City’s goals for desperately needed new development and infrastructure in East Midtown.”

Renderings were not provided as part of this announcement.

The city and state will review the plans.

Soho exhibit brings a taste of Brazil to NYC