MANHATTAN —  The family of a teen killed by a reckless driver in Times Square announced a lawsuit against the City of New York on Thursday.

Richard Rojas is accused of plowing his car into a crowd in Times Square, killing Alyssa Elsman, 18, and injuring 22 others. Rojas, who is also named as a defendant in the lawsuit, is awaiting criminal trial. He pleaded not guilty to multiple counts of murder, attempted murder and assault.

Elsman’s 13-year-old sister Ava was among those injured in the crash on May 18, 2017. The teens were visiting NYC from Michigan.

Their father, along with several other survivors, filed the lawsuit, which names Rojas, the city, the NYC Department of Transportation and NYPD as defendants.

It claims the city agencies were aware of the danger to pedestrians in Times Square and did not adequately protect them.

It cites a 2007 study that found NYC had “‘severely underexploited’ the use of bollards to protect pedestrians, and that New York City should use additional bollards to ‘improve pedestrian safety.’”

It goes on to mention several instances in which pedestrians in NYC and other metropolitan cities across the world were threatened, including the arrest of an alleged Islamic State supporter in Brooklyn who was arrested in 2016 for planning to use a truck to drive through crowds in Times Square.

In addition to the Times Square attack, Rojas has several prior criminal cases.

He pleaded guilty shortly before the deadly crash to harassment in the Bronx after he was accused of pulling a knife on a notary in his home. He also had two previous drunken driving cases. 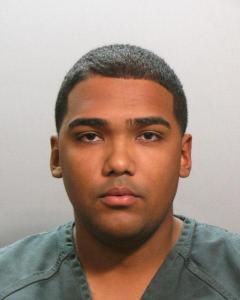