HARLEM, Manhattan (PIX11)– Police are on a manhunt for a hit-and-run driver who killed a man on a bicycle Thursday evening. 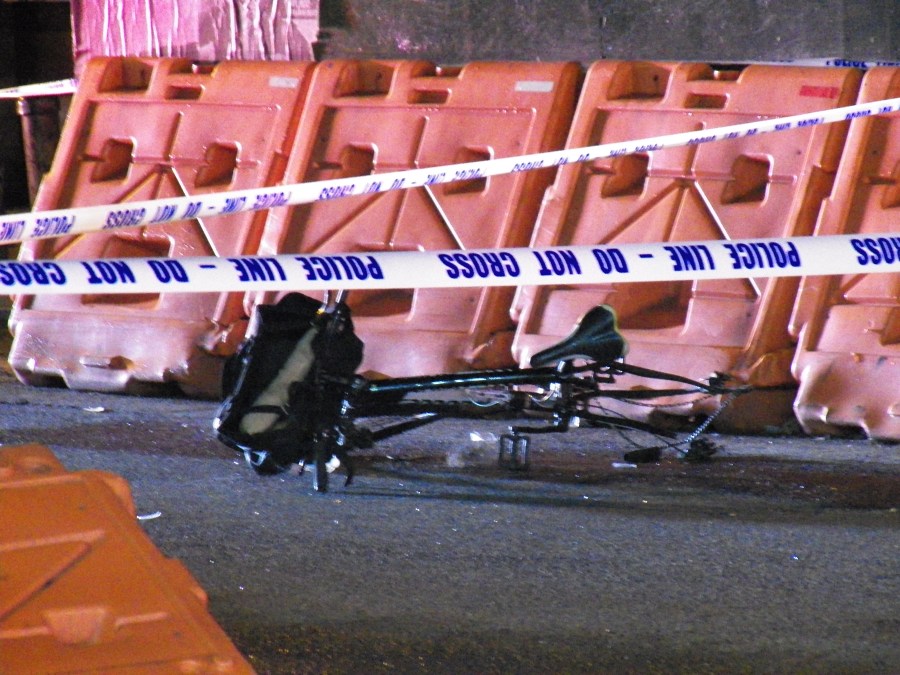 Police are looking for the driver who fatally hit a 42-year-old man. (Photo: Jeff Crianza)

The incident happened in the vicinity of East 129th St and Park Ave just before 11 p.m. last night.

This all started when a pair of New York State Court Officers spotted a car taking a red light just before the joy ride turned deadly, police said.

The officers went to pull car over in the Bronx when it fled over the Willis Ave Bridge into Manhattan.

NYPD says the officers were following the car when they lost its trail momentarily, finding a 42-year-old man who was riding his bike on East 129th St on the street with severe head trauma. 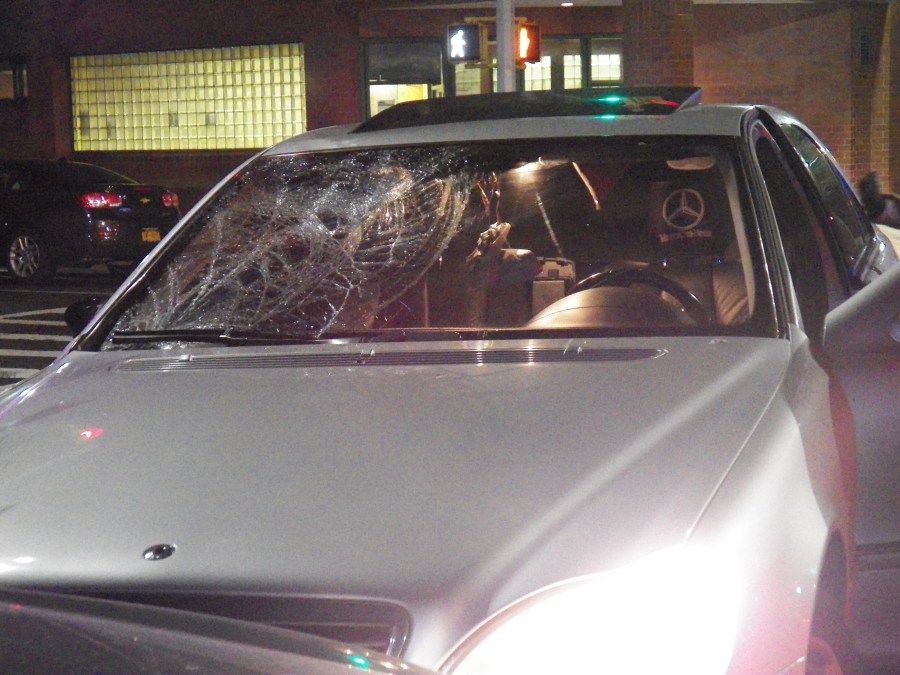 Police say a man was fatally struck by this car. (Photo: Jeff Crianza)

Paramedics arrived and pronounced the bike rider dead at the scene, police said.

The same automobile, now with a broken windshield, then struck another car on East 128th St and Madison Ave, where the driver and passengers fled the scene, according to cops.

Police are looking for two men and a possibly a woman who fled the scene.

NYPD is investigating the incident.

Anyone with information regarding this incident is asked to call Crime Stoppers at 800-577-TIPS.