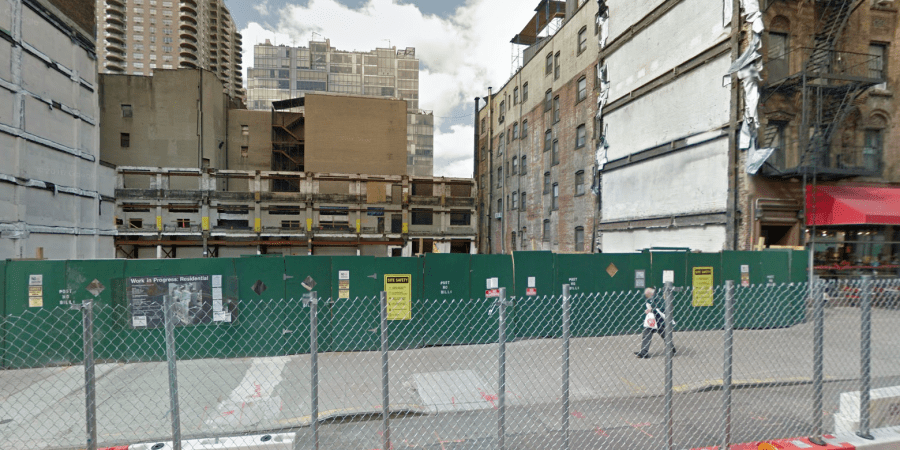 A 30-year-old construction worker died after falling down an elevator shaft at the construction site. (Google)

UPPER EAST SIDE, Manhattan — A construction worker plunged down an elevator shaft and died from his injuries Friday morning, police officials said.

The 30-year-old construction worker fell down the elevator shaft from the third floor of the building at East 87th and Lexington Avenue, an NYPD spokesperson said.

However, officials from the Department of Buildings say it isn’t clear that the man fell down an elevator shaft. They are investigating the construction worker’s death as a fall, but not as an elevator shaft fall.

The construction worker was found unconscious and unresponsive in the basement of the building, police officials said. He was rushed to Lenox Hill Hospital where he died shortly after 10 a.m.

The Department of Buildings has released a full work stop order while they investigate, a spokesperson for the department said.

Police have not released the man’s name.

One officer dead, another in critical condition after Harlem shooting