OCEANSIDE — Seven teenagers were arrested in connection to an after-school brawl that left a 16-year-old boy dead on Long Island, police said Friday.

A 19-year-old, Haakim Mechan, two 18-year-olds — Marquis Stephens, Jr. and Javonte Neals — two 17-year-olds — Taj Woodruff and Sean Merritt — and two 16-year-olds, who were not identified due to juvenile status, all face charges of second-degree gang assault in the incident that killed 16-year-old Khaseen Morris.

Though the teens face charges of gang assault, Long Island authorities said there is no gang problem in the community.

The seven will be arraigned in First District Court in Hempstead on Saturday.

Morris was fatally stabbed in the chest on Sept. 16, officials said. Police rushed to the strip mall on Brower Avenue in Oceanside after receiving calls about a large group of teens fighting over a girl after school.

Tyler Flach, 18, was arrested on a murder charge days after, officials said. Flach was allegedly “an associate” of the girl’s ex-boyfriend, who may have been jealous over Morris’ friendship with the girl.

Since then, police had been asking anyone involved or anyone who witnessed the incident to come forward.

A montage of beautiful memories dedicated to 16-yr old Khaseen Morris, killed earlier this month on LI during brawl. He was laid to rest today; same day 7-teens were charged w/gang assault in the connection to his death. An 18-year was also charged /murder. More at 5p @PIX11News pic.twitter.com/rJWj88gVqg 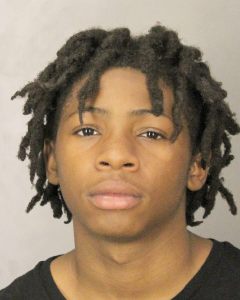