SMITHTOWN, Long Island (PIX11) — With life-threatening cold gripping the metro area, police are urgently looking for a 69-year-old woman, possibly suffering from dementia, who has been missing since Sunday evening.

Suffolk County Police issued a Silver Alert for Thi Chau, described as having black hair and eyes, who was last seen about 7 p.m. Sunday leaving her daughter’s house in Smithtown, Long Island.

Police said that Chau, who has spent time in New York City homeless shelters and speaks limited English, may have received a ride to the Central Islip train station. 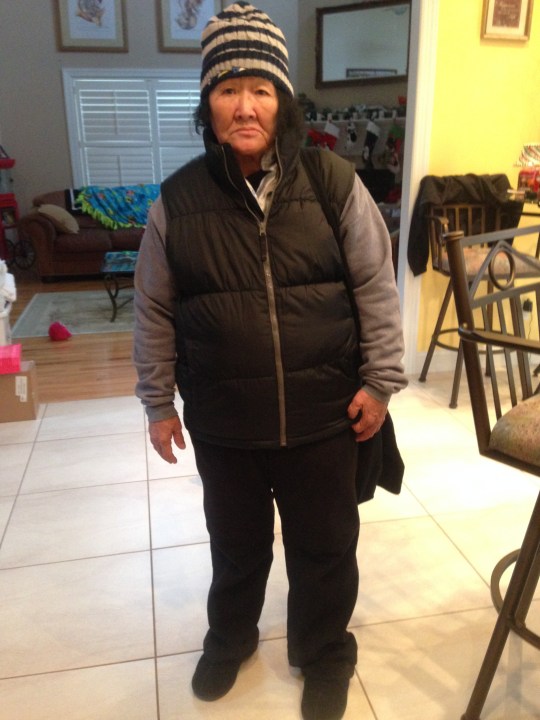 Thi Chau, 69, who may be suffering from dementia, was last seen the evening of Feb. 15, 2015, leaving her daughter’s home in Smithtown, according to police on Long Island. (Photo: Suffolk County Police Department)

Chau stands at 5 feet 2 inches tall and weighs about 135 pounds. She was wearing a dark green jacket, black pants and dark sneakers when she disappeared. She also has several missing teeth.

Weather forecasts predict wind chill will get as low as -15 degrees at times Monday, making the search for Chau even more urgent.

Anyone who sees Chau or has any information in the case should call 911 or Suffolk County Police Department at 631-852-6410.

The Missing: Mom wonders fate of son who escaped outside psychiatric center 10 years ago

Man accused of deadly Times Square shove was out on parole: ADA