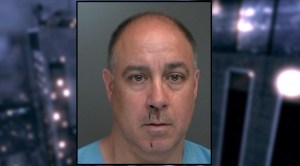 SMITHTOWN, N.Y. — A Long Island man has pleaded guilty to fleeing the scene of a fatal crash in 2014.

Thomas Stavola, 56, was driving on Rte. 111 in Smithtown on June 14, 2014 when he broadsided Monica Peterson while she was driving to work. She was rushed to St. Catherine of Siena Medical Center, where she worked, and later pronounced dead.

Stavola, a cardiologist from Setauket, showed a blood alcohol content of .10 about 90 minutes after the crash.

He later pleaded guilty to manslaughter, driving while intoxicated and leaving the scene of a fatal accident.

Peterson’s family said they supported the disposition of the case that Stavola will serve two years behind bars. The victim’s husband said the family has let go of their anger towards Stavola and he should have another chance to “go back to helping people.”