DEER PARK, N.Y. — NYPD Patrolman Joseph Piagentini was only 28 years old when he was brutally slain with his police partner Waverly Jones in 1971 by members of the Black Liberation Army group.

Though 48 years have passed, Piagentini’s basketball hoop is still affixed over the family’s garage door in Deer Park, Long Island.

That was just one memory his widow, Diane Piagentini, shared during the dedication of a playground in her late husband’s memory — not far from the home where she raised two daughters, Mary and Deborah.

She explained why there’s a plaque on the playground’s bench that says, “Because I love you.”

Diane Piagentini told a gathering that included Rep. Peter King and PBA President Patrick Lynch that she had given her young husband a watch when they married, engraved on the back with the sentiment, “because I love you.”

“When you take your children to a playground… you remind them, it’s ‘because I love you,’” Piagentini added.

“Or when you give them a time out, you let them know, it’s ‘because I love you.’”

An NYPD Honor Guard, along with the Emerald Society Pipes and Drums, joined other police widows and retired members of the service to pay their respects.

“Wow. That’s all I can say,” Piagentini marveled, as she surveyed the crowd.

Her husband has been dead nearly half a century, but the double murder case of Piagentini and his partner recently returned to the headlines last year when one of the convicted killers, Herman Bell, was paroled after 45 years in prison.

Later in 2018, a different group of parole board members refused to release the final shooter who remains in prison, Anthony Bottom, now known as Jalil Abdul Mutaqim.

Piagentini told PIX11 she was happy to have something to smile about at the playground dedication.

“My husband was very close with children. He was a gentle man. He loved kids. He played basketball with the neighborhood children,” she said. 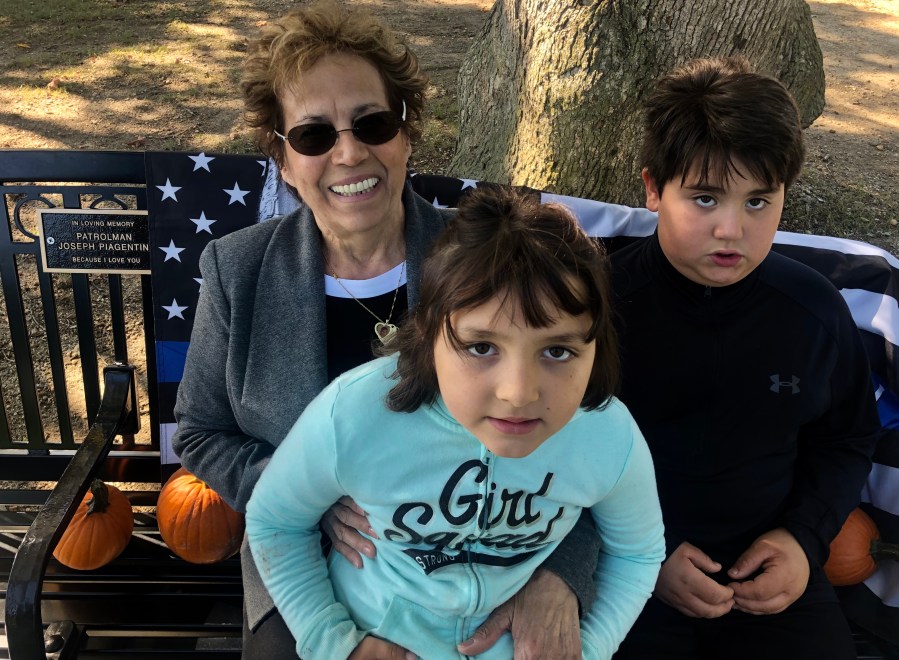 LI community comes together to feed homeless before Thanksgiving

‘He told me I was special’: Babylon HS alumni make sex abuse allegations against coaches, teachers

Paws of War helps veterans get training for their dogs

THE BRONX, N.Y. — Hundreds of Bronx families signed up for free internet access and $11 laptops on Monday as part of a new federal program.

More than 1,200 families at the Melrose Houses will have affordable internet access thanks to the Emergency Broadband Benefit program.

NEWARK, NJ --- We’ve all heard the expression of opportunity knocking on your door but now officials in Newark are making it a reality.

WAKEFIELD, the Bronx --- Less than a week after a bullet went through his neck, a 14-year-old boy, grateful to be alive, celebrated his birthday on Monday.

Khamani Garrett was headed to school on Tuesday when Hubert Wiggs allegedly shot the teen. Wiggs has recently been released on bail for an alleged gun-related crime. Surveillance video shows the disoriented teen stumble across the street.

Omicron: What makes it a COVID variant of concern?

What raises your odds of multiple lottery wins?

‘It looks like an Amazon package’: NJ cardboard Christmas display the talk of a town