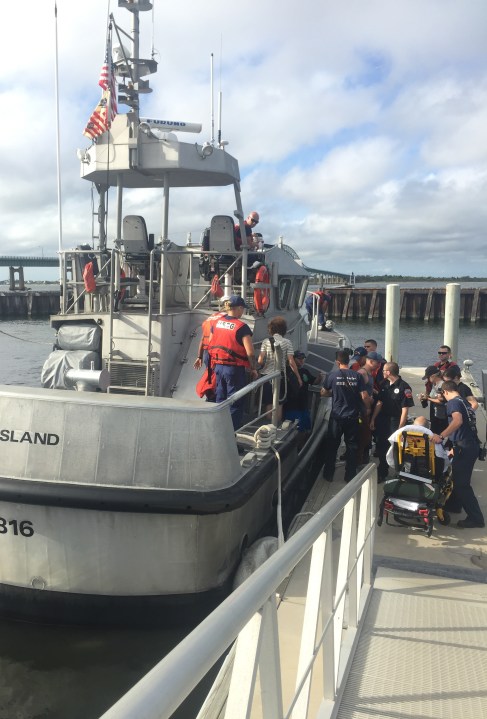 The Coast Guard Sector Long Island Sound command center received a call around 3 p.m., that an 81-year-old man was unconscious.

According to the Coast Guard, an EMT was aboard the 72-foot boat and was tending to the man.

Rescuers reached the boat approximately 30 minutes later. When they arrived, they were notified that the man had regained consciousness.

The station rescue crew transferred the man, two family members and the EMT aboard the boat to Station Fire Island where emergency medical services were waiting.

The Missing: Mom wonders fate of son who escaped outside psychiatric center 10 years ago

It started as a narcotics officer was attempting to serve an arrest warrant in the vicinity of Rockne Street and Elwood Avenue, in the New Springville area, according to sources. That's when the alleged gunman opened fire through a door, striking the officer.

NBC will not be sending its announcers and most hosts to the Beijing Olympics due to continued concerns about rising COVID-19 cases worldwide and China's strict policy about those who test positive.

It will be the second straight Games for which the broadcast teams will work mostly out of NBC Sports headquarters in Stamford, Connecticut, rather than the host city.