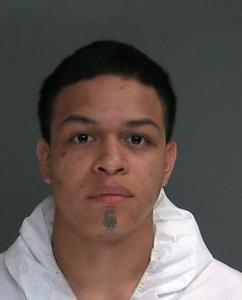 BRENTWOOD, N.Y. — Police have charged three alleged gang members in the brutal rape of a 16-year-old girl and the beating of a boy near a Brentwood golf course last week. The trio, who are allegedly members of MS-13, pleaded not guilty and are being held without bail.

According to authorities, the three men approached the boy and girl at a footbridge and claimed they had a gun.

They told the girl to turn away while they robbed and beat the boy, stealing cash, a  purse, an iPhone and an iPad, authorities said.

Prosecutors say they threatened to kill the girl if she doesn’t comply with their demands. They walked a half mile to a wooded area near the Brentwood Country Club, where they stripped the girl’s clothes and raped her repeatedly, while keeping a watch for witnesses.

After each defendant raped the girl, they fled on foot. She was later found by golfers wearing nothing but socks.

The boy suffered a fractured rib.

Police say the robbery happened around 6 p.m. May 29 and the sexual assault happened about an hour later.

RUSSELL GARDENS, L.I. --- A man is wanted after he attempted to lure a 10-year-old boy to his van on Long Island Thursday, police said.

The 10-year-old victim was walking from his home to a bus stop at the corner of South Middle Neck Road and Melbourne Street in Russell Gardens. At the bus stop, he noticed a grayish white utility van stop in front of him. An unknown male got out the passenger side door.

UNIONDALE, L.I. — Matt Martin scored twice and the New York Islanders beat the Buffalo Sabres 5-2 in the opener of a three-game series.

MINEOLA, L.I. --- A Long Island doctor was indicted Thursday on murder charges, accused of writing prescriptions for massive quantities of opioids that led to the deaths of five patients.

George Blatti, 75, who saw patients in a hotel parking lot, a Dunkin’ Donuts shop and at an abandoned Radio Shack, was also charged with endangering the lives of six other patients.