SHANDAKEN, Ulster County — A groom and his friend, both of whom were off-duty NYPD officers, were killed in a single-car crash after leaving a wedding in Ulster County, police said Monday.

The crash happened just before 11:30 p.m. Sunday on Oliveria Road in Shandaken. A resident who heard but did not witness the crash called 911, police said.

Initially, New York State police said it was likely that John M. Martinez, 39, of Hauppauge, was likely behind the wheel of the rented 2018 Maserati.

But on Thursday state police said they determined the groom — Michael Colangelo, 31, of Huntington Station — was driving at the time of the crash.

The car veered off the road and struck a large tree before overturning and coming to rest on its roof, police said.

Martinez and Colangelo were pronounced dead at the scene, according to state police.

There was a partial ejection, and neither the driver nor the passenger were wearing seatbelts when the car careened off the roadway traveling at a high rate of speed, police said Thursday.

A third man, who used a seatbelt and sat in the backseat, survived but suffered a head injury, according to police, who said they conducted a preliminary interview with him, but will speak to him again when he is more lucid.

The three men were about a mile from where Colangelo’s wedding took place when they crashed.

Police said they were were not driving toward any specific destination, and noted the reception took place at a venue that often hosts people for the night.

The cause of the crash is not yet known, but police said speed was likely a factor. The narrow, winding road in which they crashed has a speed limit of 40 mph.

Autopsies will be performed on both officers, and a toxicology report will determine if they had been drinking, police said.

When asked how Colangelo’s widow was, police said she was “grief stricken.”

Martinez was an officer with the 84 Precinct’s Detective Squad, policing Brooklyn Heights, Boerum Hill and Vinegar Hill.  Colangelo was assigned to the Canine Unit. 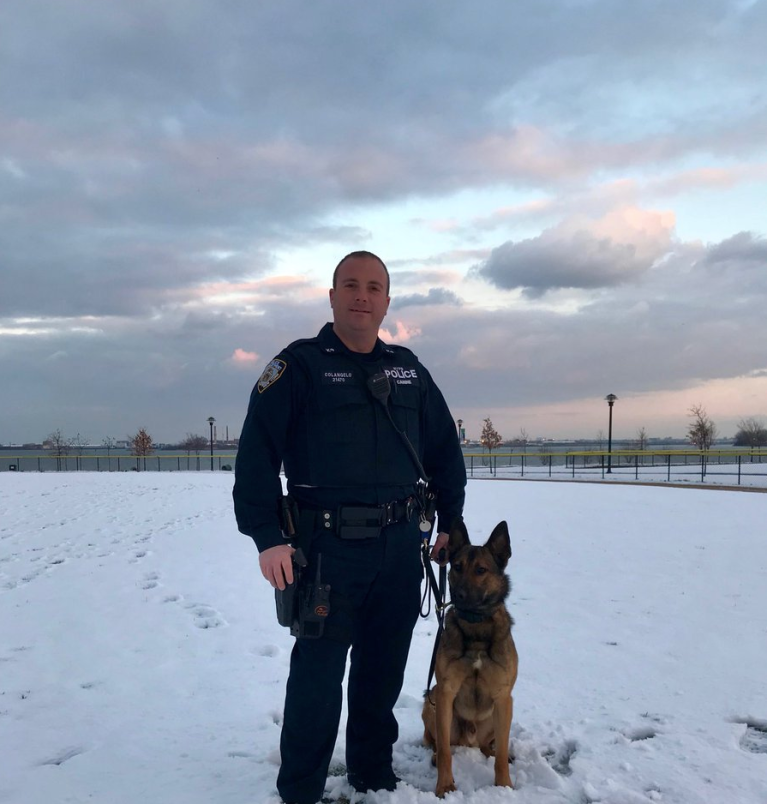