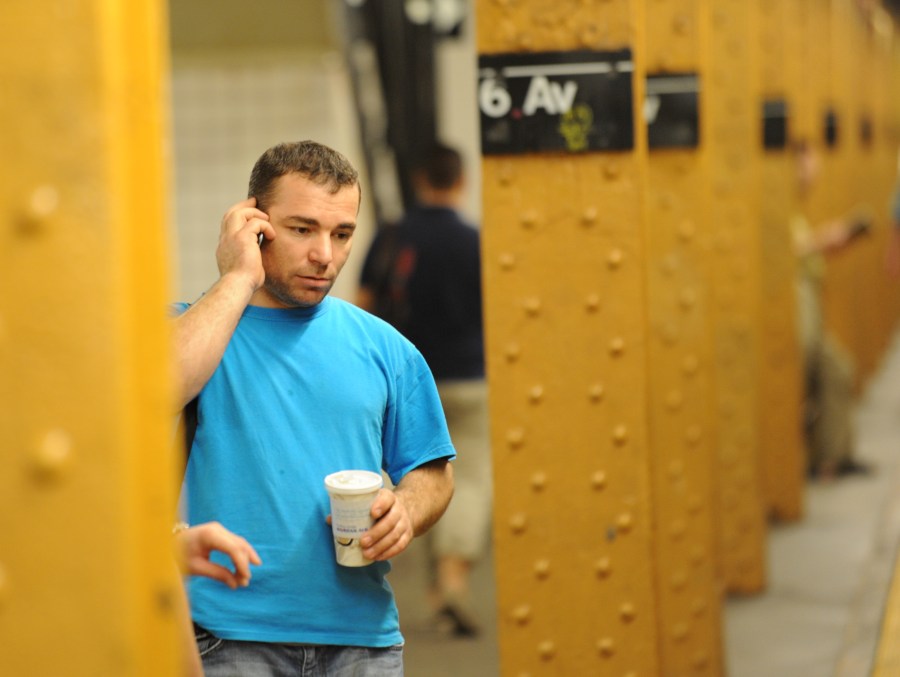 Cell service will be in every subway station by Jan. 9. (STAN HONDA/AFP/Getty Images)

NEW YORK — Plans to bring cellphone service to every single subway station are not just on track, they’re a year ahead of schedule, Gov. Andrew Cuomo said Thursday.

Service will be available across the city’s subway system by Monday, Cuomo said. The early project completion came after a 2016 push by Gov. Cuomo to modernize the MTA. The push also brought wireless service to stations throughout the city.

“By bringing Wi-Fi and cell service underground ahead of schedule, we are reimagining our subway stations to meet the needs of the next generation,” Gov. Cuomo said. “This will better connect New Yorkers who are on-the-go and build on our vision to reimagine the country’s busiest transportation network for the future.”

Transit Wireless invested more than $300 million to the infrastructure project; the project was built at no cost to commuters and taxpayers, according to the Governor’s office.

Wi-fi will go live at Brooklyn’s Clark Street stop on Monday. Wireless service will come to stations under renovation as soon as the renovation is complete.

“Connectivity is a big deal for our customers, and we’re thrilled to be delivering these vital services so far ahead of schedule,” said MTA Chairman and CEO Thomas F. Prendergast.

Frontier’s new “COVID Recovery Charge,” or “CRC,” is intended to offset the airline’s added costs of doing business amid the pandemic.

SAN FRANCISCO (KRON) – You can see the final supermoon of 2021 while indulging in a limited-time treat from Krispy Kreme.

The Strawberry Moon, which rises during the strawberry-picking season, will reach peak visibility on Thursday. That's also the only day you can grab Krispy Kreme's Strawberry Supermoon Doughnut.

MANHATTAN, N.Y. -- A winner in the eight-way Democratic primary for Manhattan district attorney couldn’t be determined as of Wednesday morning, but Alvin Bragg had a narrow lead over former federal prosecutor Tali Farhadian Weinstein.

Bragg is a law professor and former top deputy in the New York attorney general’s office.

COVID in NY: State of Emergency to end after over 15 months, Cuomo says

Breakdancing competitions making post-pandemic comeback with Red Bull BC One

WHO: No urgent need to vaccinate children against COVID-19 right now

NYC could face teacher shortage in the fall: UFT president

Bronx home invasion: Couple robbed at gunpoint by trio pretending to be deliverymen