BROOKLYN, N.Y. (PIX11) – The NYPD bomb squad is searched the home of a Brooklyn man that opened fired at a iron shop Monday before killing himself.

Cameron Waithe, 54, shot two unidentified victims inside C&A Iron Works after asking for a job before he barricaded himself in a back room just after 11 a.m., according to police.

No explosives were found at the Logan Street home in the City Line section of East New York. 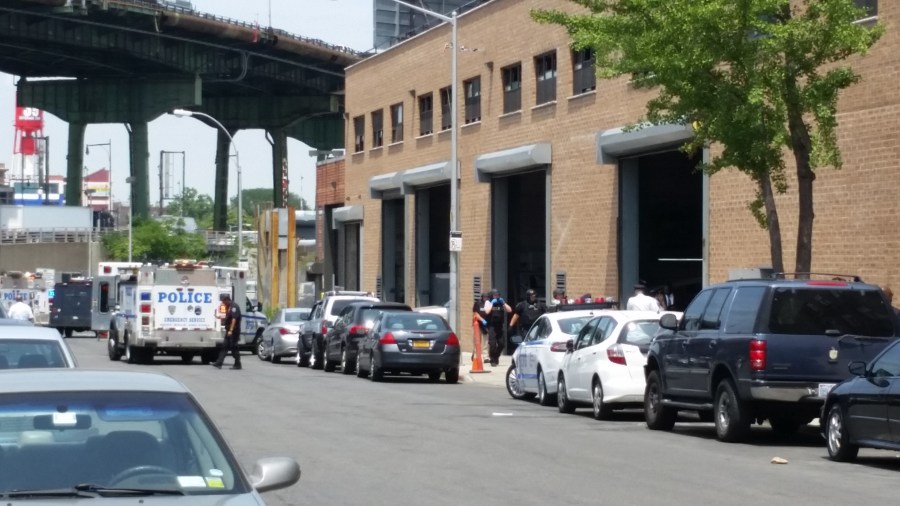 Both victims were hospitalized and are in stable condition.

While Waithe was locked in the room, police said, he tossed out what looked like a pipe bomb.

According to authorities, the suspect finally turned the gun on himself during negotiations with police.

AHOSKIE, N.C. (WAVY) – A grieving family is in disbelief after a funeral home mix-up in North Carolina left a stranger in their mother's casket, wearing her clothes.

Sisters Jennifer Taylor and Jennetta Archer lost their mother, Mary, last month. On the day of her viewing at Hunter's Funeral Home in Ahoskie, they walked up to their mother's casket and found another woman lying inside.

OKLAHOMA CITY (KFOR) -- An Oklahoma minister accused of touching a child inappropriately at a bus stop has been arrested.

Michael Coghill, 33, is accused of lewd acts to a child. KFOR confirmed Coghill used to work for Choctaw Church of Christ and currently works as a minister at Lakehoma Church of Christ in Mustang.

Which states are you most likely to die in an animal attack?

SAN FRANCISCO, Calif. (KRON) – Every year, people die in encounters with animals, but which states rank highest for such fatalities?

According to a report from Outforia, an outdoor and nature resource website, Texas overwhelmingly ranked No. 1, recording 520 deaths over 20 years compared to the second-ranked California, which had 299 deaths for the same time period.

No bus? No problem. Colorado boy kayaks to school

Lambda and B.1.621: New COVID variants could be the worst yet, doctor warns