NEW YORK — Police are looking for a Brooklyn man wanted in connection with the deaths of two women found in hotel rooms in Manhattan and Brooklyn.

Joseph Danclair, 36, allegedly saw both women before they died in the hotel rooms in two separate incidents, according to the NYPD.

According to police sources, Chrissy Bevelaqua, 35, was found dead on July 23 at the Bushwick Hotel. Danclair was recorded by a surveillance camera entering the hotel with Bevelaqua, but later leaving alone. 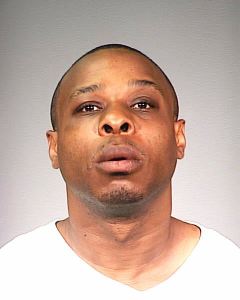 Officials are still determining the causes of death for each woman.

Former NYPD Det. Sgt. Wally Zeins explains police have made significant progress in the case by identifying a suspect, “they have fingerprints so it’s only a matter of time,” he said before Danclair is apprehended.

Police also released several pictures of Danclair, “a picture is worth a thousand words, that will help,” Zeins said.

Danclair is described as being 5-foot-6, about 170 pounds with short black hair and brown eyes. He has two tattoos — two praying hands on his right upper arm and a rose on his left upper arm.