Bratton released preliminary information in the case at a Friday afternoon news conference:

“What happened last night was a very unfortunate tragedy, the deceased is totally innocent.  He just happened to be in the hallway.  He was not engaged in any criminal activity.”

It happened about 11:15 p.m. Thursday at the Pink Houses, located at 2724 Linden Blvd. in the East New York section of Brooklyn.

Two officers part of a “violence reduction overtime detail” were patrolling the building when they walked into a dimly lit stairwell on the eighth-floor.

They were there as part of beefed up security efforts after a recent uptick in crime at the housing development. In the past few months, there have been four assaults and two robberies at the Pink Houses, and two homicides in the past year. 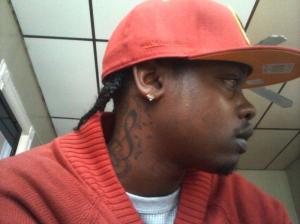 Bratton said Gurley was doing nothing wrong when he was accidentally shot by a rookie officer inside the Pink Houses. (Photo: Explore Talent)

Just last weekend, a shooting took place in the lobby of another apartment building in the complex.

Against this backdrop, when the officers entered the dark staircase Thursday night, one of them drew his flashlight and weapon, Bratton said. The other did not take out his gun.

That’s when Akai Gurley walked into the staircase a floor below the officers. In the near-darkness, the armed officer’s weapon discharged once, hitting the man in the chest, Bratton said.

Residents of the Pink Houses say the lights in the stairwell have been out for some time.

“They should have fixed them a long time ago,” Daniel Daily said.

Councilman Charles Barron says the lights are an irrelevant defense for an officer discharging his gun.

“They would know they can’t pull out their guns even if the lights are out. They have to identify themselves,” Barron said.

“As we continue to gather the facts, the fatal shooting of this unarmed man is deeply troubling and warrants an immediate, fair and thorough investigation. Many questions must be answered, including whether, as reported, the lights in the hallway were out for a number of days, and how this tragedy actually occurred.”