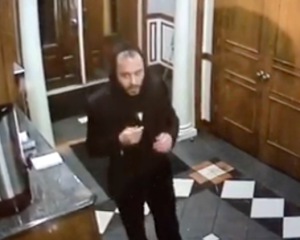 Emil Benjamin, 35, allegedly stole four sacred Torah scrolls worth more than $200,000 in late October. All four scrolls were returned to the Avenue O Synagogue after a few days.

A congregant leaving the synagogue discovered the Torahs in large bags by the synagogue’s doors. Surveillance video shows a man returning the Torahs wrapped in garbage bags. Police say the man who returned the scrolls was not the same man who stole them.

“It seems that the enormous pressure has, thank God, forced the late night return of the Torahs” Flatbush Jewish Community Coalition Chairman Josh Mehlman said at the time.

The theft occurred during the Jewish holiday of Simchat Torah – a time when observant Jews around the world celebrate the annual completion of the weekly reading of the Torah portion.