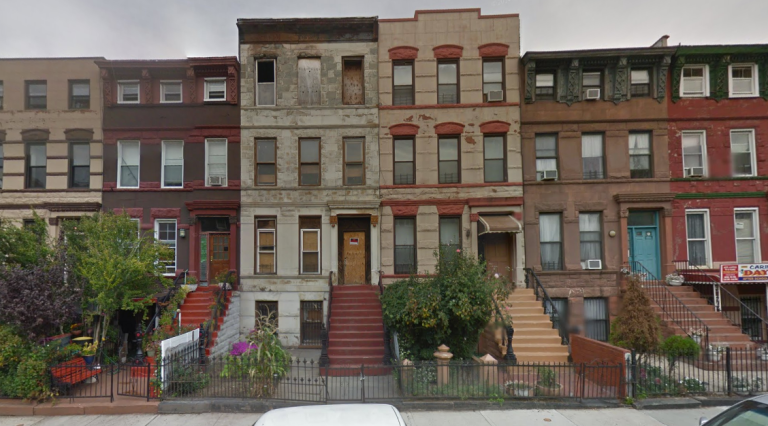 BEDFORD-STUYVESANT, Brooklyn — An NYPD officer has been indicted for allegedly stealing a Brooklyn home by filing a deed transferring the property to herself from the deceased owner’s nephew.

According to Brooklyn District Attorney Ken Thompson, Blanche O’Neal, 45, executed a deed saying that she bought the three-family home on Vernon Avenue in Bedford-Stuyvesant. O’Neal allegedly said she purchased the property from the nephew of the deceased homeowner.

“The defendant allegedly stole a house from its rightful owner with the stroke of a pen, apparently hoping no one would notice,” said Thompson. ” But her brazen actions have unraveled and she will now be held accountable.”

The homeowner, who died in 1993, left the property to her nephew and three other relatives. The home was left vacant and neglected for many years.

An indictment shows that O’Neal, an officer in the 83rd precinct, indicated her filings with the New York City Department of Finance, Office of the City Register that she purchased the home for $10,000 from the nephew and presented a deed purportedly signed by him in 2012.

The relatives learned of the deed in 2014 when they sought to sell the property.

O’Neal was arraigned Monday on a four-count indictment including grand larceny, criminal possession of a forged instrument, offering a false instrument for filing and perjury.

She was released without bail and will return to court on Jan. 6, 2016.

If convicted, O’Neal faces up to 15 years in prison.