CYPRESS HILLS, Brooklyn — A man who was shot by police while allegedly stabbing and chasing his roommate with a knife has been arrested and faces multiple charges, including attempted murder, the NYPD said Monday.

Francis DeJesus, 31, faces charges of attempted murder and criminal possession of a weapon, according to police.

The arrest comes a day after officers responded to reports of a physical fight on Shepherd Avenue, between Ridgewood and Arlington avenues, around 9 p.m. Sunday, Commanding Officer Jeffery Maddrey said.

DeJesus then entered an apartment, and reappeared with a knife and began to stab his roommate, Maddrey said.

The victim was stabbed at least two times in each forearm, and was subsequently chased, when police shot the attacker, police said.

DeJesus was shot once in the lower back and hospitalized, according to police.

The victim was taken to another hospital in unknown condition.

Multiple police officers were also transported to the hospital for observation. None were believed to have been attacked, Maddre said. 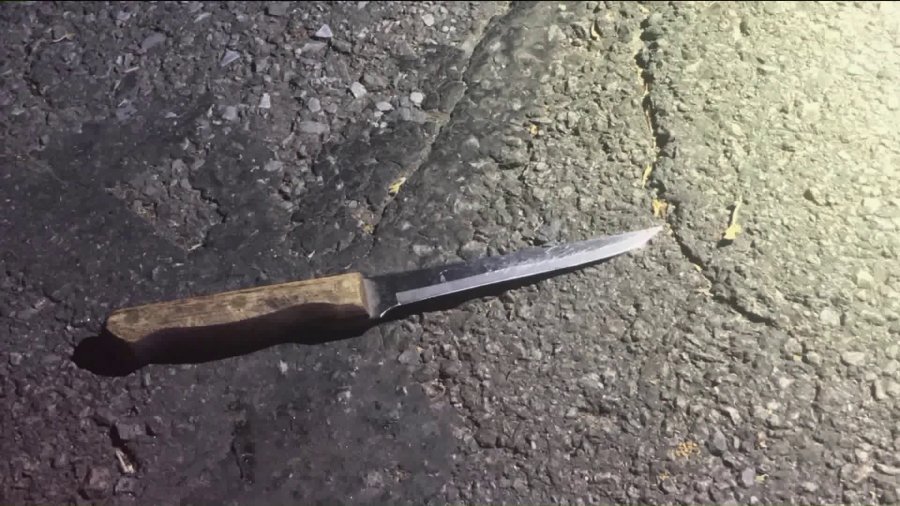 Fire on BQE during multi-vehicle crash

PROSPECT LEFFERTS GARDENS, Brooklyn --- An NYPD officer was shot in the chest in Brooklyn on Sunday night, police said.

Officers responded to a 911 call for a man shot inside of a Hawthorne Street building near Flatbush Avenue around 9 p.m., police said. A gunman opened fire at officers when they arrived on scene.

CYPRESS HILLS, Brooklyn --- A 28-year-old woman was killed and a man was injured in a Brooklyn shooting on Sunday, police said.

Stephanie Munoz was found with a gunshot wound to the abdomen on Atlantic Avenue near Lincoln Avenue around 6:15 a.m., NYPD officials said. She was rushed to the hospital where she died.

CHINATOWN, Manhattan --- Riders and neighbors are working together to help one another get safely to and from home.

Safe Walks NYC is creating connections in two New York City neighborhoods after recent attacks. They’re building a network in Chinatown after assaults on members of the Asian community.