BROOKLYN, N.Y. — More than 100 people were hurt Wednesday when a Long Island Rail Road train hit a bumping block at Atlantic Terminal in Brooklyn and was knocked off the tracks during the morning commute.

As of 10:15 a.m., the injury count stood at 103, all of them non-life threatening, according to the FDNY. That figure is expected to change as officials remain at the scene and evaluate commuters who were on the train.

The minor derailment happened about 8:30 a.m. on Track 6 at the terminal.

The train from Far Rockaway, Queens, hit a bumping block at the end of the track where the train is supposed to stop, causing one truck and one axle to “run off the rails,” Cuomo said.

“It was a train that didn’t stop when it was supposed to. (It) hit the bumping block at a fairly low rate of speed,” the governor said, adding that it’s unclear how fast the train was traveling at the time of the crash.

He called it a “relatively minor accident, luckily.” 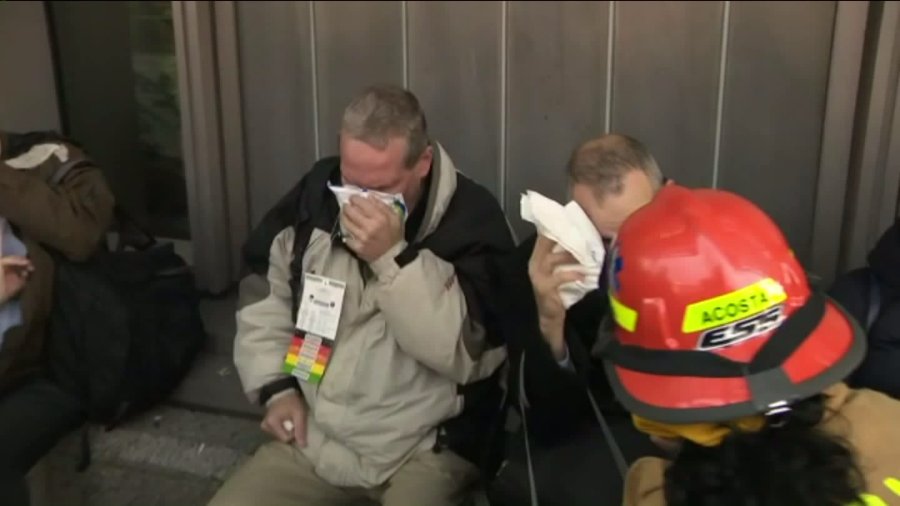 Still, it was a chaotic scene for hundreds of commuters during the height of the weekday rush.

Passenger Rebecca Bazzey was on her way to work and usually exits at Atlantic Terminal. As she approached her stop, she told PIX11 News, she was “thrown” and suffered a head injury and that the sudden jolt happened without warning.

A major transit hub, Atlantic Terminal services the LIRR and close by the Atlantic Avenue-Barclays Center subway station services the Nos. 2, 3, 4 and 5, and D, N, R, B and Q trains run.

LIRR commuters are warned to anticipate delays into and out of Atlantic Avenue due to the derailment. Service is expected to resume Wednesday afternoon, MTA chairman Tom Prendergast said.

As of 10:25 a.m., subway service was not impacted by the derailment. Roads near Atlantic and Flatbush avenues were closed, NYC Emergency Management said.

The National Transportation Safety Board (NTSB) said it will send a “go-team” to investigate the incident and determine the cause.

Just about three months ago, NTSB investigators arrived at Hoboken Terminal in New Jersey after a commuter train smashed through a bumper block, injuring hundreds of people and killing a woman who was standing on the platform.

In that case, the train barreled into the station at double the 10 mph speed limit. During the investigation it was determined the engineer suffered from undiagnosed sleep apnea.

From the scene of the Atlantic Terminal derailment, Cuomo said the two crashes are very different.

“Hoboken was much worse,” Cuomo said.

That fatal crash revived calls for positive train control, technology designed to automatically stop a train before certain types of accidents happen, which the New Jersey Transit train was not equipped with.

About 15 of LIRR’s 580 trains have PTT with full implementation scheduled for 2018, according to a quarterly report from the Federal Railway Administration. It’s unknown if the train involved in Wednesday’s incident was equipped with PTT.

Atlantic Avenue Terminal is insane right now because of the passenger train derailmenthttps://t.co/OE9Z3fegIM

#brooklyn. Train crashes into Atlantic terminal. Hope all is well with you all..our Founder was on this train. Crazy! pic.twitter.com/TvY5cCpb0s

Brookyn man gets COVID weeks after vaccination, still 'glad' he got vaccine

EAST FLATBUSH, Brooklyn -- A Connecticut man admitted to throwing bleach in an NYPD officer’s face in Brooklyn over the weekend and told investigators he made several Molotov cocktails with the intent to “hurt the police,” according to federal court documents unsealed Monday.

Lionel Virgile, of Bridgeport, was arrested on Saturday morning after he led police on a chase through East Flatbush and crashed into a parked SUV, officials said.

Suspects make off with $2,500 in jewelry after ‘trades’ with victims in Brooklyn

On Saturday, two people got out of a white SUV and walked up to the 84-year-old victim on 67th Street near 9th Avenue, officials said. They proposed a trade with the victim.

CANARSIE, Brooklyn --- Two men in a silver BMW were shot in Brooklyn on Saturday night, an NYPD spokesman said.

The 18 and 19-year-old victims were in a vehicle on Ralph Avenue near East 78th Street when a white sedan pulled up alongside them around 9:15 p.m., police said. Someone in the sedan fired multiple rounds at the BMW, striking the victims.

Support grows for proposal to cover parts of Cross-Bronx Expressway

All U.S. adults are now eligible for the COVID-19 vaccine

Out of coma, Bronx man thankful for wife, others after hard fought COVID-19 battle

Changemakers: Turning a passion for cheese into a thriving snack business

Out of coma, Bronx man thankful for wife, others after hard fought COVID-19 battle