CYPRESS HILLS, Brooklyn (PIX11) — More than 30 people have been displaced after a 4-alarm fire ripped through several homes in Brooklyn.

Firefighters were called to 85 Hemlock St.  around 2:30 p.m., Saturday afternoon in the Cypress Hills section of the borough.

The fire started on the first floor of the home but quickly spread to three other homes.

More than 200 firefighters were on the scene trying to get the blaze under control. 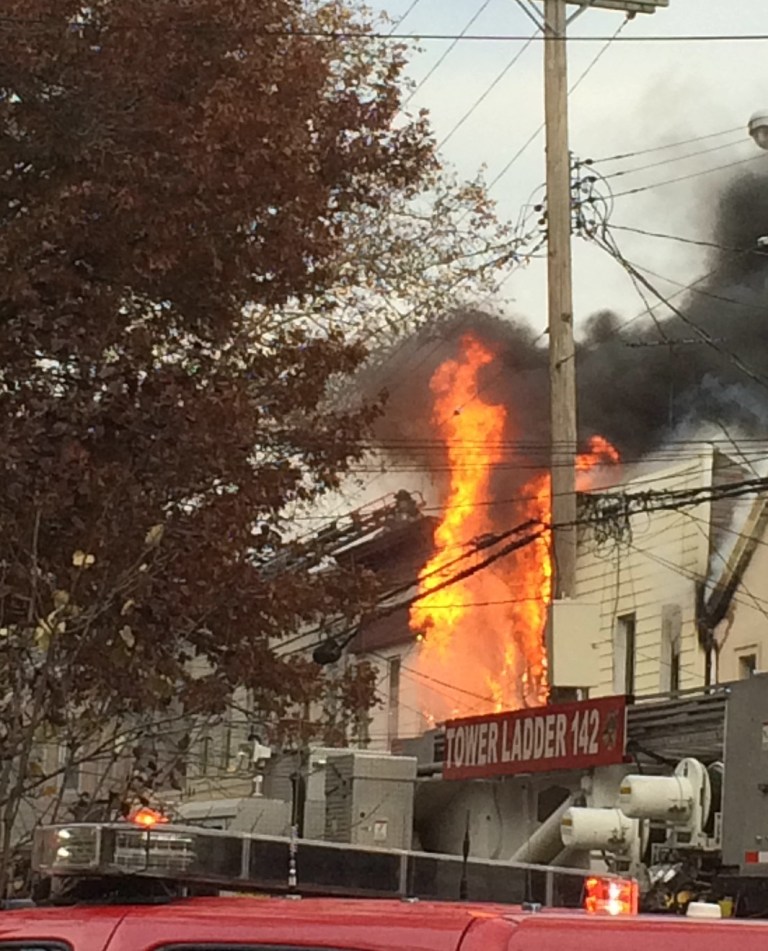 Three firefighters were taken to the hospital for minor injuries.

The Red Cross is on the scene helping the families displaced.

Firefighters placed the fire under control and are now investigating.

It’s unknown what caused the fire.

Brooklyn baby thrown out of window still in critical condition

Subway hits another record as some wait times increase