WILLIAMSBURG, Brooklyn— Two NYPD cops who were out drinking with the officer who was involved in a deadly DWI accident early Saturday have been placed on modified duty, police sources said.

Officers Jeremy Rodriguez and Emmanuel Collado of the Manhattan Transit Task Force were out drinking with Officer Nicholas Batka, 28, before Batka’s SUV  jumped a Williamsburg curb and plowed into four people, killing MIT student Andrew Esquivel, 21. Esquivel died from traumatic injuries to his head and chest. 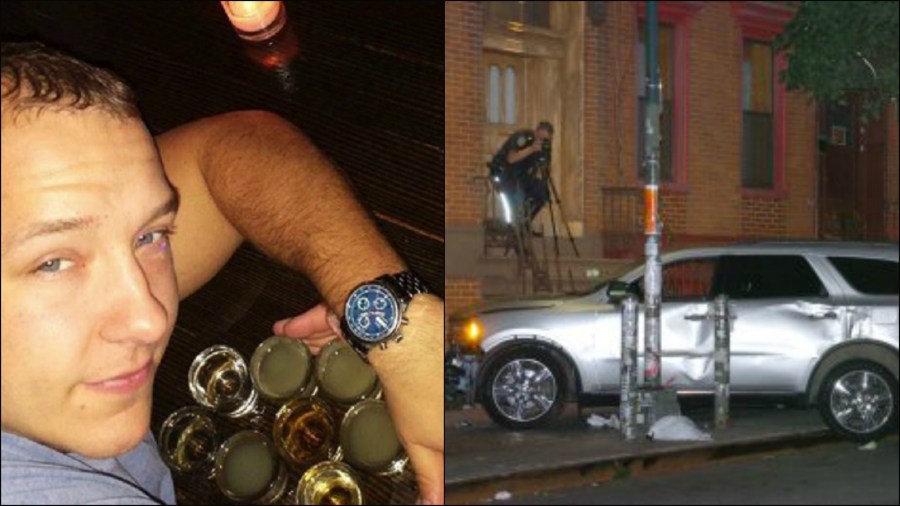 Three of Esquivel’s friends were badly injured, the Brooklyn district attorney’s office said. One was in critical condition with severe trauma to the legs and right arm, along with a pelvic fracture. The two other victims sustained leg injuries.

Batka was charged with manslaughter, two counts of vehicle manslaughter, three counts of assault, DWI, driving while ability impaired and driving on a sidewalk. Batka has been on the force for one year.

His drinking buddies have been stripped of their guns and shields “for the good of the department,” a police source said.

Brooklyn mom forced to use umbrella inside leaky NYCHA home

Man beaten in the Bronx dies after months in a coma