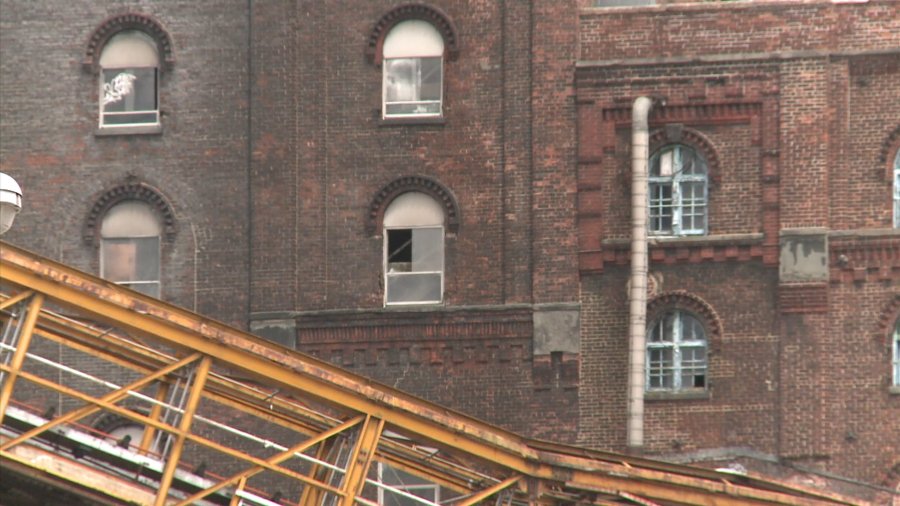 The old Domino Sugar Factory site is being converted to apartments.

Police said they responded around 8:07 a.m. to reports of an “aided male.”

Enriques suffered trauma to the head, and was pronounced dead at an area hospital.

It was unclear if Enriques fell from the sixth to the fourth floor, or fell a total of four floors, due to conflicting information from police and online building records.

Enriques was a carpenter working on scaffolding on the north side of the building’s south tower at the time, records indicated. He was an employee of PG Products of New York,  a subcontractor in charge of installing the façade and windows at the site.

The address provided by police matches that of the old Domino Sugar Factory, which is being converted to a mixed-use building that will include both businesses and apartments, some of which are being touted as affordable and rented out through a lottery.

Officials from the Building’s Department are investigating the incident.

The property’s real estate development firm, Two Trees Management, said in a statement it will cooperate with the investigation:

A construction worker installing a facade at 325 Kent Avenue fell this morning and was killed. We are overwhelmed with grief by this tragic accident and extend our deepest condolences to his family, loved ones and colleagues. All work has stopped on the site and we are working closely with the City to determine the cause of the accident.