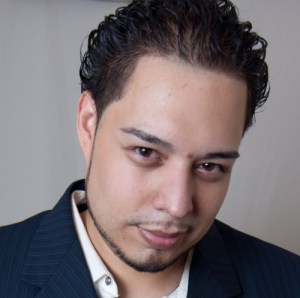 BROOKLYN — Charges have been dropped against the alleged driver in the Brooklyn hit-and-run that killed radio host DJ Jinx Paul, a police source said.

Ozoria turned himself in to police Friday and was charged with leaving the scene of an accident resulting in death, and tampering with physical evidence.

However, the Brooklyn DA did not have enough evidence that Ozoria was the one who was driving the car that fatally struck the DJ, police source said.

Jean Paul Guerrero, the popular Spanish radio host known as DJ Jinx Paul on Mega 97.9, was crossing the street at the intersection of Sheffeld and Jamaica avenues Monday morning when he was fatally struck by a vehicle.

Guerrero was at Caoba Brooklyn Bistro in Cypress Hills Sunday night hosting the event “Mega Sundays.” He last posted on Twitter and Instagram a photo of the venue.

Mega 97.9 called Guerrero a “true warrior of the radio.”

“DJ Jinx Paul won the affection of all who worked with him on Mega 97.9 and 93.1. It was love from the first day he set foot in our home on 56th Street in Manhattan,” the statement said.

The station said the team will remember him as an “inescapable and hardworking companion.”

Mourners gathered at a candlelight vigil to honor the beloved DJ on Tuesday. A wake was held at Ortiz Funeral Home in the Bronx Friday.

The vehicle involved in the deadly crash, described as a black four-door sedan, was taken into a Brooklyn auto body shop for repairs this week, NYPD officials said.

'They don’t have money to spend': Brooklyn residents hungry for food, community this Thanksgiving

Woman charged with murder in Brooklyn point-blank shooting after being apprehended in Florida: NYPD