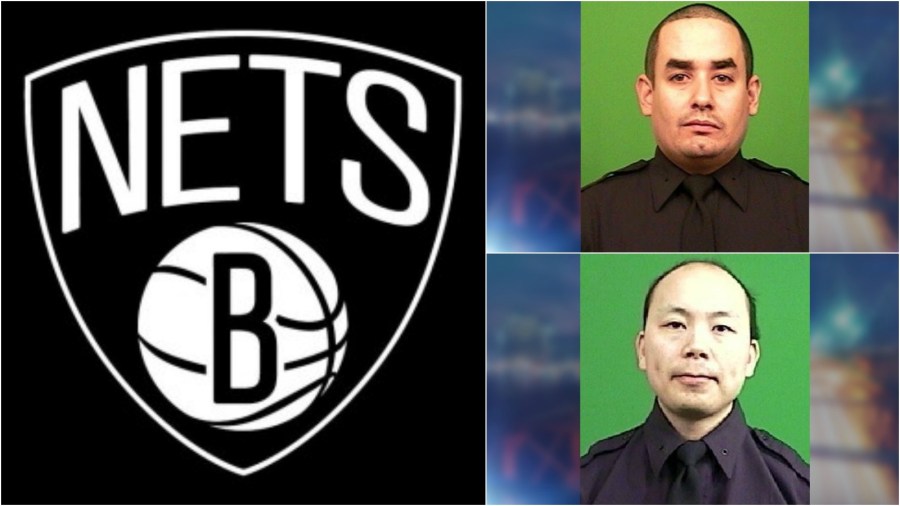 BROOKLYN (PIX11) — The Brooklyn Nets have pledged $10,000 to a fund set up by the Daily News to help the families of the two NYPD officers murdered last week in Brooklyn.

The Daily News reports that every dollar donated will go directly to the families of Rafael Ramos and Wenjian Liu.

The Nets held a moment of silence for the two officers prior to Sunday’s game at Barclays Center.

Ramos, 40, leaves behind a wife and two sons. Liu, 32, is survived by his wife and an extended family, who lived with him.

Other organizations have also offered support to the families of the slain officers.

Organizers of the Stephen Siller Tunnel to Towers Foundation announced Tuesday that they’ll be paying off the mortgages of the two officers.

The Tunnel to Towers foundation have opened up a section on their website to accept donations to help the families.

On Monday, the New York Yankees offered to pay for the education of the sons of Officer Rafael Ramos.

Staten Island siblings have been missing for days