BROOKLYN — Faigy Mayer received a traditional Orthodox Jewish funeral from her family’s Hasidic community Tuesday afternoon, even as friends said the 30-year-old was feeling rejected by them in the hours before her death and wrote about it on Facebook.

“She wrote that she asked her family for pictures of when she was a baby,” said mourner Chaya Huss, “and they didn’t want to give them to her.”

Two hours after the Facebook post, Mayer ran through a crowd of party-goers Monday night at the trendy 230 Fifth rooftop bar in Manhattan’s Flatiron District.

She ran through some bushes and leaped off the roof 20 stories to her death. She was wearing a dress and heels.

Huss said, like Mayer, she had left the traditional Hasidic lifestyle and was seeking counseling.

“And I confided in her, when I was feeling suicidal myself,” Huss confided, “and she talked me out of it.”

Another friend, Jason Wisdom, told PIX11 that Mayer wanted to be a tech entrepreneur.

“She wanted to be a successful iOS developer. She was taking classes,” Wisdom said.  “And she was having challenges getting started there, so she was unhappy about that.” 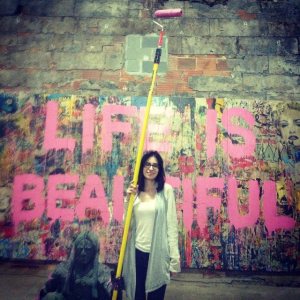 Faigy Mayer poses in front of a mural declaring “LIFE IS BEAUTIFUL” before her death Monday. (Facebook)

Mayer often posted happy, hopeful, and positive photos on her Facebook and Twitter sites.  One picture showed her standing in front of a wall with bright, painted words behind her, stating “Life is beautiful.”

On Twitter, she shared pictures of the U.S. Women’s Soccer team at the recent ticker tape parade downtown, after they won the World Cup. 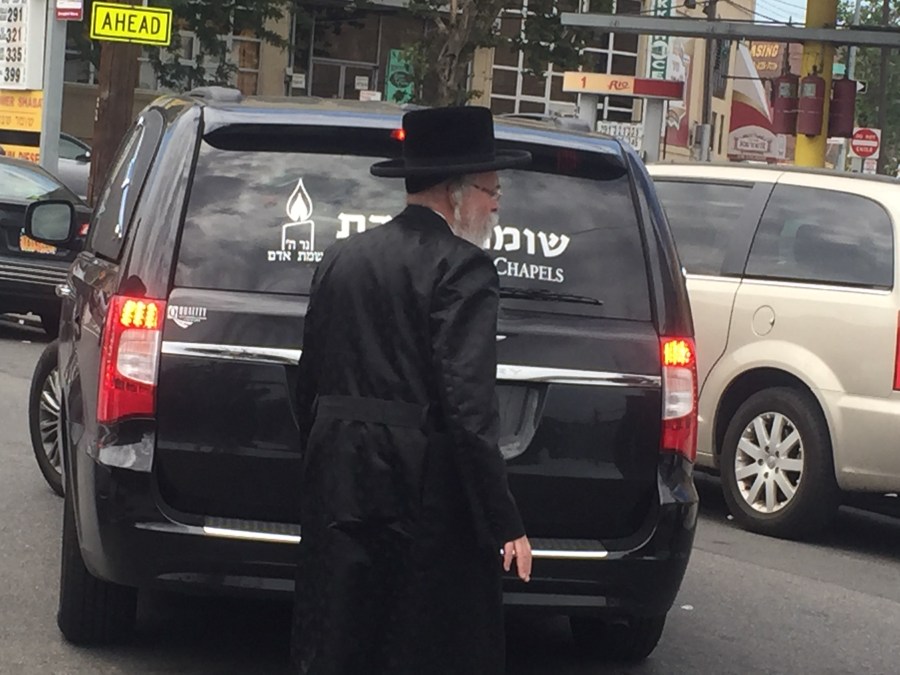 Mourners relayed that Mayer’s father gave a pained eulogy in Yiddish at the funeral, which was held at Shomrei Hadas Funeral Home in Borough Park. Those standing outside could hear his cries over a speaker.

Later, Hasidic men backed up a black van to the doors of the funeral parlor, so the press could not see the casket being carried to the hearse. The men followed the hearse to the corner of 14th Avenue.

“I’m in pain,” Mayer’s father said at one point in English, “I can’t get out of the pain.”

Mark Appel, who leads the group Voice for Justice, spoke to PIX11 at Mayer’s funeral.

“We need more attention to the mental health problems of our youth,” Appel said specifically about the troubled youth within the Orthodox Jewish community. “We have to help out the next generation; otherwise, we lose them.”