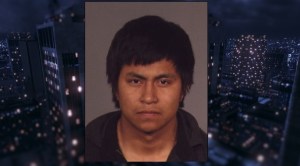 BOROUGH PARK, Brooklyn (PIX11) – A 20-year-old Manhattan man has been indicted on charges of robbery as a hate crime after a series of attacks against Chinese women.

Manuel Israel,  who faces a 36-count indictment,  allegedly attacked five Chinese women and attempted to rob a sixth in Borough Park two weeks ago, because he perceived them to be “vulnerable to attack,” authorities said. The women were between the ages of 21 and 43, and were attacked between March 21 and April 4.

The latest incident occurred at 12:20 a.m. on April 6, at 55th Street and Fort Hamilton Parkway. The 23-year-old victim was walking alone, when the suspect came form behind and pulled her purse. This caused her to fall to the ground.

Police say the suspect stood over her and said, “Give me all your money.” A witness saw the suspect with his arm around her neck, and called 911. Police were able to catch Israel 20 minutes later, six blocks away from the scene of the attack. He was arrested and held on $50,000 bail.

The other five victims were attacked in a similar way: cops say Israel would approach his victims from behind, and pull their purses to knock the women to the ground. He would then flee with their handbags. Three of the victims suffered injuries including lacerations and bruising.

District Attorney  Ken Thompson said in a statement: “This defendant allegedly targeted Asian women walking alone because he believed he could overpower them. Such cowardly attacks – whether based on a person’s race, gender, sexuality or ethnicity, destroy the fabric of who we are as a community and won’t be tolerated.”

He spent decades making repairs for NYCHA. Now his public housing home is crumbling and he can't get help