CROWN HEIGHTS, Brooklyn — Two people are dead and at least four others are injured as violence erupted along the bustling parade route during the J’Ouvert celebration in Brooklyn early Monday morning, despite a heightened police presence, according to the NYPD.

Police initially said five people had been shot, but later said four people were shot, one was stabbed an another was cut by flying glass during the annual West Indian Day heritage festivities.

The first shooting happened around 4 a.m. at Flatbush Avenue and Empire Boulevard in Crown Heights.

Police initially said a man in his 20s died. A 73-year-old woman was also shot in the arm as she sat on a bench outside a Wendy’s. She is expected to live, police sources say.

The male victim was later identified as a 17-year-old, and the woman was found to be 72.

A 22-year-old woman was killed when she was shot in the head at Washington Avenue and Empire Boulevard, police say. She was pronounced dead at the hospital.

Another man in his 20s was shot in the leg near Clarkson and Rogers avenues around 7 a.m., police say.

A fifth person was injured by shattered glass in the area of Nostrand Avenue and Linden Boulevard. Police initially said that person had been shot.

And a woman was stabbed just before 5 a.m. at Empire Boulevard and Ocean Avenue. Her condition is not known.

The violence erupted in the “heart of J’Ouvert,” police said

In addition to the shootings, several gun arrests were also made overnight along the parade route, police sources said.

I heard shots and hid behind a vendor cart while a couple hundred people sprinted down empire Blvd. #jouvert2016 https://t.co/74MaeNXrDY

The city announced earlier that it will double the amount of officers patrolling the event celebrating Caribbean culture after Carey Gabay, a top aide to Gov. Cuomo, was fatally shot last year while passing by the celebration.

Fliers circulated in the surrounding neighborhoods telling people not to shoot or stab anyone during J’Ouvert. The city has said it will not tolerate any violence during a celebration that leads up to the West Indian Day Parade.

But the messages have left some skeptical. An internet blog called “Thee Rant” mocked the security at J’Ouvert festival and asked people to “place your bets gentlemen, the mayhem is about to start.”

Warning: The following images may be considered graphic by some. 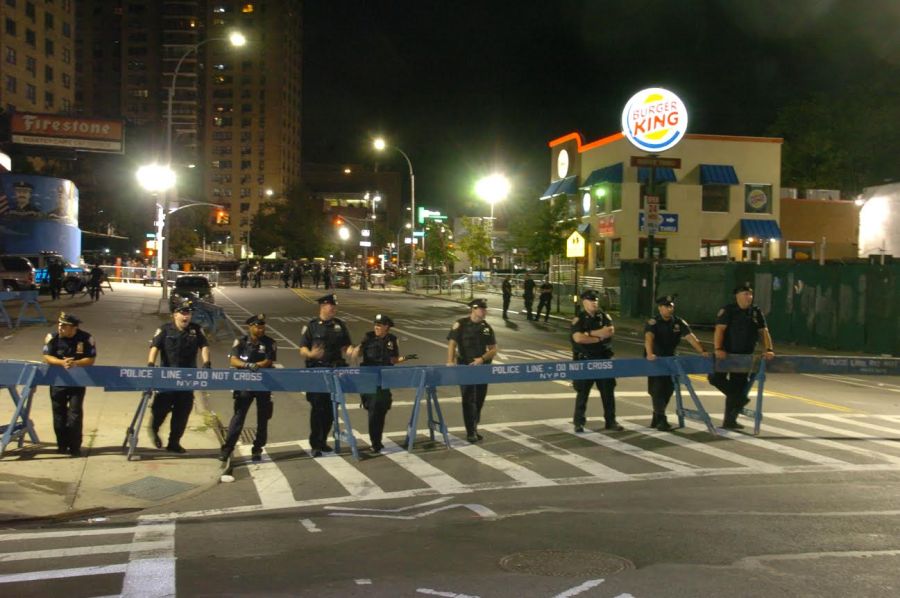