BOROUGH PARK, Brooklyn — Parents are dead and their teenage daughter hospitalized after a fast-moving fire broke out at a Borough Park home early Monday, according to fire and police officials.

A man, 61, woman, 59, and their daughter were transported to the hospital, according to fire crews on scene.

A firefighter was also transported to the hospital, video of the scene showed. He was sitting up and appeared alert as he was transported to an ambulance on a gurney. 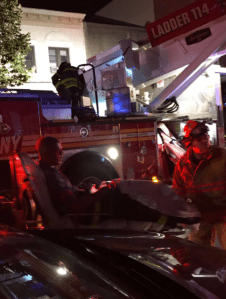 NEW YORK — A New York City staple has become the latest victim of supply chain issues that have been plaguing businesses for months.

Delis and bagel shops across the city are reporting a cream cheese shortage, according to The New York Times.

NEW YORK --- As concerns over COVID-19 variants grow, Mayor Bill de Blasio on Monday announced a first-in-the-nation vaccine mandate for private sector workers across New York City, expanded the Key to NYC vaccine requirement to include children as young as 5 and said the pass will soon require a second dose.

De Blasio announced the updates in an interview on MSNBC's "Morning Joe."

NEW YORK (StudyFinds.org) - What do you get the person who thinks they have everything? A new poll finds it’s a good idea to keep it simple, with chocolate or gift cards being your best bet.