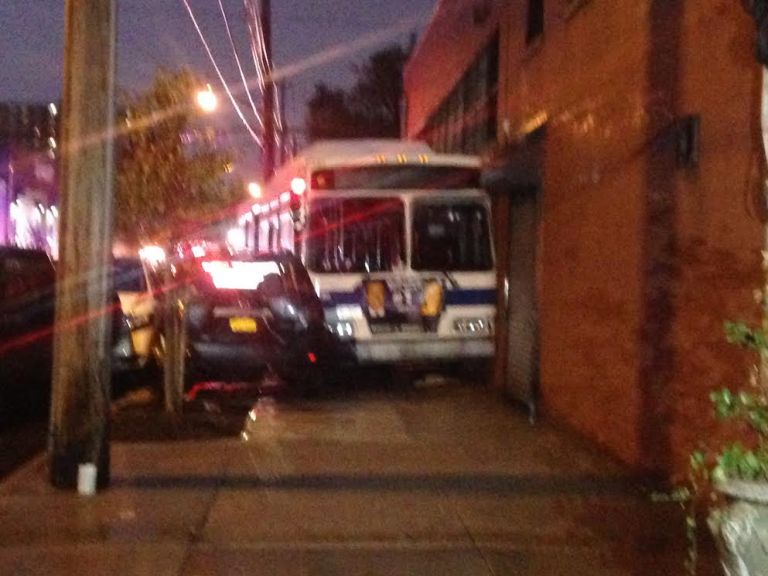 BROOKLYN (PIX11) —  At least 7 people have been injured after an MTA bus carrying passengers crashed into a building in Brooklyn Wednesday evening.

A B61 bus crashed into the Linda Tool Company, located on Dwight Street in Red Hook, according to the FDNY.

A witness at the scene told PIX11 that a car may have ran a stop sign, causing the bus to swerve out of the way to avoid hitting it.

There appears to be no structural damage to the building. Several parked cars were damaged in the crash.

EMS reports that the injuries are non life-threatening.

Daughter fights for gas service to be restored at …