FLATBUSH, Brooklyn — One person is dead and two others are injured after a car flipped over onto the sidewalk in Brooklyn Monday evening.

The crash happened at the intersection of Flatbush Avenue and Albemarle Road in Flatbush around 5:30 p.m.

Upon arrival on scene, police officers found a black Nissan Sentra on the sidewalk overturned, and a pedestrian unconscious and unresponsive.

“I saw a person get out on their knees to escape,” a witness told PIX11.

A preliminary investigation found that the car, driven by a 58-year-old man, was traveling south bound on Flatbush Avenue when it mounted a sidewalk and struck a pedestrian, a 50-year-old man, according to police.

The pedestrian was taken to Kings County Hospital where he was pronounced dead, cops said. 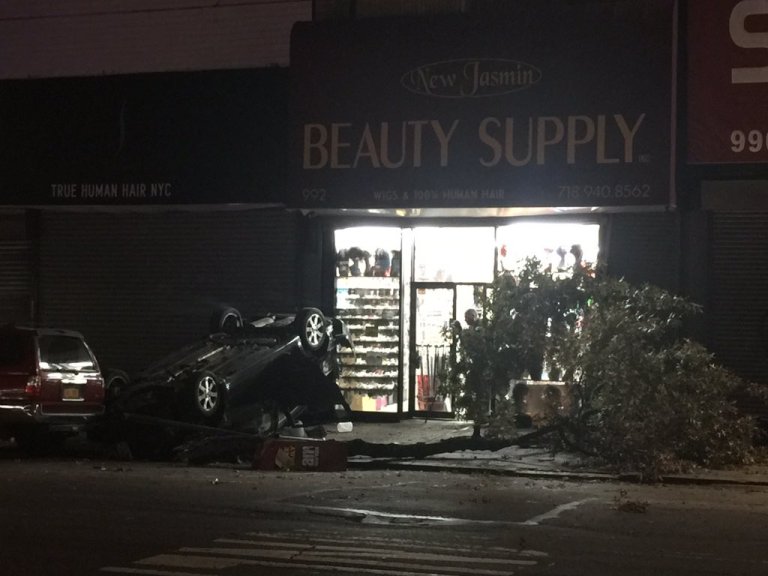 The driver and his 3-year-old passenger were also taken to Kings County in stable condition.

The identity of the deceased is pending proper family notification.