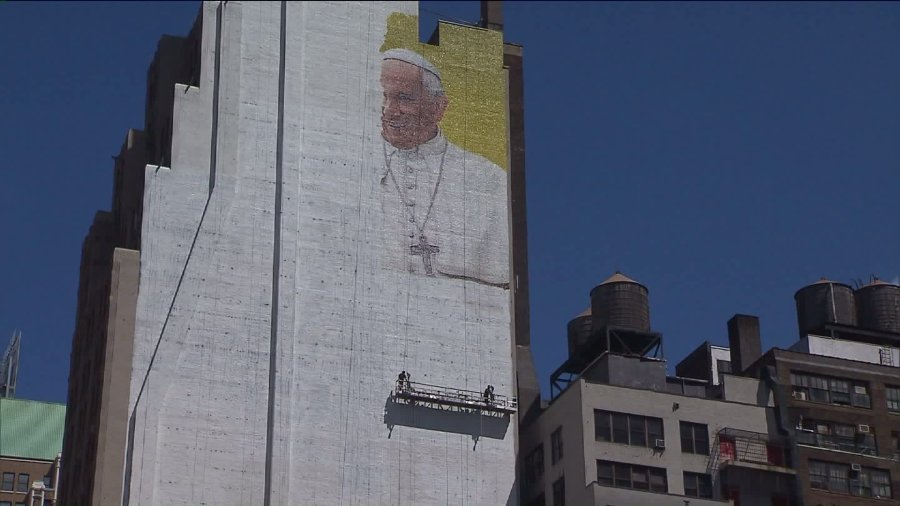 MANHATTAN — A massive mural of Pope Francis is being painted near Madison Square Garden, where the pontiff will hold mass during his visit to New York City at the end of September.

The Brooklyn diocese commissioned the painted ad which was set to be completed by Monday.

‘It’s welcoming the pope here, because this is where he’s going to be celebrating mass,’ Msgr. Kieran E. Harrington, spokesman for the diocese, told PIX 11 News.

According to the Wall Street Journal, the mural–which will be 225 feet tall and 93 feet across–will remain on the side of a building just north of Madison Square Garden for about six weeks.

Pope Francis is scheduled to arrive in New York City on September 25 after three days in Washington, D.C.

The one-day stop in the Big Apple will be followed by two days in Philadelphia.