THE BRONX, N.Y. — Police are searching for a man and a woman in connection to a fight that happened aboard a moving BX29 bus on Jan. 23.

Police said the brawl occurred around 1 p.m. near Bruckner Expressway and Pelham Parkway. Two women had a dispute and one of them struck the other in the head with a screwdriver, according to police.

Officials said the female victim, 24, and the male bus driver, 56, were taken to a hospital in stable condition.

“I’m still traumatized from it,” the 24-year-old woman said. “I can’t believe this just happened. Everything just went so fast.”

The woman involved in the attack was last seen wearing a blue and white baseball cap, a black jacket with a fur-lined hood, a black and white striped shirt and gray sweatpants. 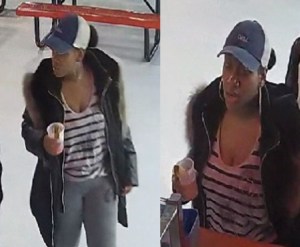